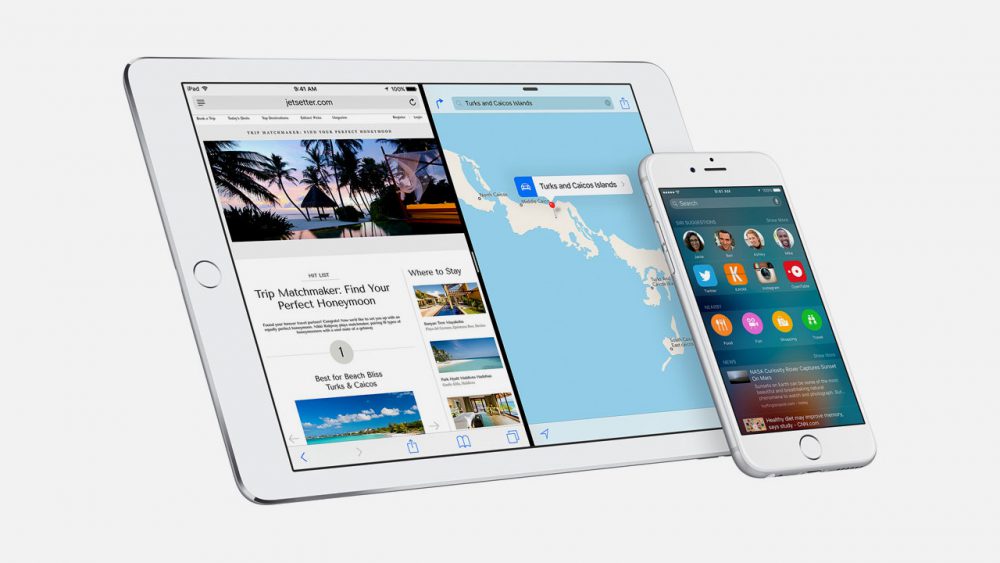 Apart from the unveiling of new iPhone 6s and 6s Plus, the fourth-gen Apple TV and the 12.9-inch iPad Pro, the Cupertino giant also announced that the final version of iOS 9 will be released to the general public on September 16th.

Hence, we’ve complied an important list of pointers as to what we can expect from the forthcoming OS.

To kick things off, Apple claims that the upcoming iOS 9 will reduce overheads that will improve the battery life of compatible devices by up to 1 hour. It also gets a new power saving mode that restricts the phone to just receive and make calls, which can extend the battery life to as much as three hours when the battery is about to die.

The upcoming iOS 9 can delete apps temporarily to accommodate space for software updates. It automatically prompts users to temporarily delete some of their apps before installing updates. Once the updates are installed, iOS9 automatically re-installs those apps.

The latest iOS 9 houses a Search bar on top of Settings, allowing users to search any app from the menu. It makes the whole process of looking for apps rather simple. For instance, is you type ‘Battery’ it’ll pop up the battery feature hiding all other apps in the background.

Not only has multitasking been improved on iOS 9, as switching between apps is now a lot easier as well. The app switcher now features a new card-like view, with recently used apps stacked on top of one another, as opposed to side by side.

Apple’s mapping service will finally have support for transit directions in iOS 9. Hence, users will now be able to navigate cities using public transport that include buses, subways and even ferries. It gives users step-by-step directions for a particular route.

According to Apple, Transit Directions will have support for “many of the world’s most traveled cities, which include Baltimore, Berlin, Chicago, London, Mexico City, New York, Philadelphia, San Francisco, Toronto, Washington, DC — and 300 cities across China.

Another noticeable improvement made to the iPad in iOS 9 environment is the new virtual Quick Type keyboard. It now gets a slew of new additions such as a built-in Shortcut Bar, with new dedicated buttons for formatting such as bold, italics and underline.

While on the iPhone, pressing the shift key allows users to switch between lower case and upper case in iOS 9.

Along with the new updates and improvements mentioned above, the upcoming iOS 9 is also expected to bring more stability and performance improvements. An issue quite prevalent with the current version of iOS.

Except the iPhone 6s and 6s Plus, here’s the list of iOS9 compatible devices: