Microsoft’s Joe Belfiore, in an interview with PC World, shared his insights as to how Windows 10 is constantly keeping an eye as to how you are using the OS and sending the data collected back to Microsoft by default. Notably, he further adds that despite offering some options to users to deactivate these tracking elements, there’s just no stopping core data collection.

“In the cases where we’ve not provided options, we feel that those things have to do with the health of the system,” he said. “In the case of knowing that our system that we’ve created is crashing or is having serious performance problems, we view that as so helpful to the ecosystem and so not an issue of personal privacy, that today we collect that data so that we make that experience better for everyone.”

Though despite Belfiore’s views that this does not invade user privacy, it is rather baffling when one starts pondering what took Microsoft so long to admit that core data collection process cannot be stopped in Windows 10. On the contrary, the company gives us the impression that turning off all user accessible data options in Windows 10 would apparently give users full privacy – now that sounds rather naive.

However, it seems the company does realize the controversial nature of this decision as Belfiore explains:

“We’re going to continue to listen to what the broad public says about these decisions, and ultimately our goal is to balance the right thing happening for the most people – really, for everyone – with complexity that comes with putting in a whole lot of control.”

It’s also worth pointing out the disparity with which Microsoft is treating its ‘Business’ and ‘Home’ users. For instance, Windows 10 Pro and Enterprise users have the option to permanently disable their automatic updates as opposed to personal users who are essentially forced to download automatic updates.

Eventually, it makes one wonder how concerned should we be about Windows 10’s data collection policies.

We’d say it is a bit concerning given the fact that how Windows 10 Home can do essentially anything it wants. As it can control a user’s bandwidth, install any software updates without providing any detailed information as to what these updates are or do, and even send your browser history that according to Windows End User License Agreement (EULA) gives the company legal rights for its usage and analysis. 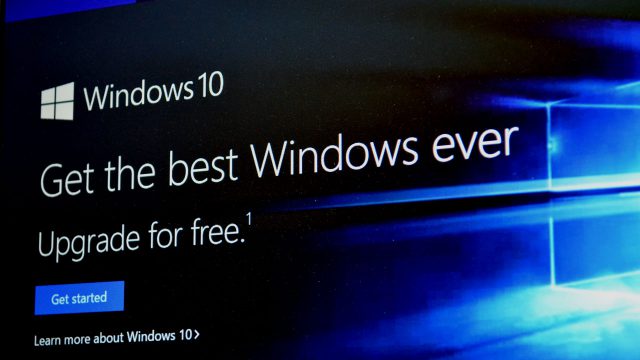 Add to it the fact that by “early” next year the company’s tactics are set to become more aggressive as Windows 10 will be reclassified as a “Recommended” update, implying users currently running Windows 7/8 or 8.1 will be forced to upgrade to Windows 10.

“Depending upon your Windows Update settings, this may cause the upgrade process to automatically initiate on your device,” said Windows and Devices Group executive vice president Terry Myerson.