Inferse.com
Home Technology What to expect at Apple March 2016 Event It is a charged atmosphere at Apple March 2016 Event at 1 Infinite Loop in Cupertino where the company is all set to unveil a new iPhone variant, a new iPad along with a couple of new Apple Watch bands. That is not all though as the Cupertino might be having a few surprises up its sleeve at the March 2016 Event as well though let’s start out with the known bits first.

First off, it is the iPhone SE that Apple is hedging its bets on in a big way. With the SE, Apple wishes to offer a phone that will be a bit smaller – 4-inch compared to the 4.7-inch and 5.5-inch iPhone 6s and 6s Plus respectively – while still offering almost all the features that its high-end variants come with.

A recent leak of the retail box of the alleged iPhone has confirmed the SE branding of the 4-inch iPhone variant along with a few other details which include a 16 GB internal storage option.

With the SE, Apple intends to field a device that offers almost all the qualities its flagship iPhone range is known for but at a lower price point to tap into the burgeoning mid-range smartphone segment where Android draws its strength from.

Apple is also expected to spring a surprise with the 9.7-inch iPad as well given early reports of the tablet being given a Pro makeover. With sales of the regular iPad hitting a rough patch off late coupled to a rise in demand for hybrid two-in-one devices, Apple is hoping to revive demand for the iPad by providing it with the same features that the bigger iPad Pro comes with, complete with a touch-type cover along with beefed up internals.

However, what is not known at the moment is whether there will be a new iPad Air 3 as well to replace Air 2 or the model will be dumped as a whole in favor of the smaller 9.7-inch iPad Pro. 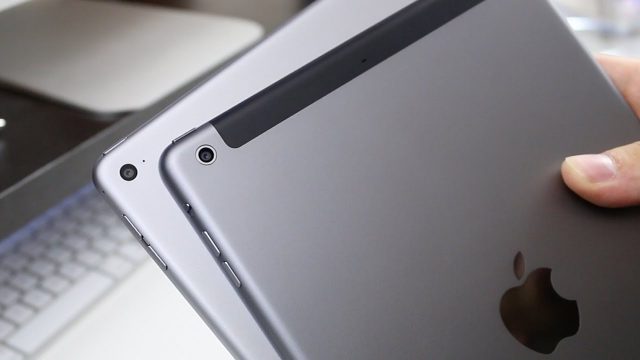 Besides the new iPhone SE and iPad Pro, Apple is slated to introduce new bands for its smartwatch sporting new exciting colors while a whole new Apple Watch 2 is expected to be launched sometime in September.

Apple is also believed to be working on refreshed versions of MacBook Air and Pro devices with the new 2016 MacBook Pro likely to be launched at the Apple March 2016 Event later today.

The new MacBook version will see significant performance enhancement with the integration of Intel’s latest SkyLake processors while rumor has it that Apple might even go for detachable touch-enabled displays for the new 2016 MacBook Pro range.

A new MacBook Air is also in the offing which will have better battery run times than its predecessor while being significantly lighter as well. Further, the new 2016 MacBook Air will be have three variants offering 15-inch, 13-inch, and 12-inch variants though the device is not likely to be launched before summer, perhaps during the WWDC event in June. However, the 2016 Air might still find mention as the spring event.

Likewise, a few software updates too are likely to be announced at the Apple March 2016 Event which applies to iOS 9.3, OS X 10.11.4, tvOS 9.2, and watchOS 2.2. Apple had already launched the beta versions of the mentioned operating systems around February 22 which introduced new features and enhancements to the respective devices.

Coming to the actual show which is just a few hours away, Apple has ensured not everyone will have to travel all the way to California to catch up with the show live. Instead, those eager will be able to watch live stream of the Apple Special Event as it unfolds on supporting devices which include the iPhone and iPad (running iOS 4.2 or later), Mac running, at least, OS X 10.6 or later with Safari 4 onboard along with the Apple TV with at least tvOS 5.0.2 installed on it. The Apple March 2016 Event will also be available live for on any Windows 10 PC running Microsoft Edge browser as well.