Images of three of the upcoming Motorola handsets have leaked online, courtesy of +hellomotoHK which has been quite reliable with Moto leaks.

Two of the handsets depicted is the Moto X while another one is of the Verizon version of DROID though Evan Blass is again of the view that the two handsets believed to be Moto X are in fact different.

Coming to the specifics, the DROID comes with rounded edges that seems to have been crafted out of metal and features three separate button for the volume and power controls. The front is dominated with the display showing the clock and weather details which again could be indication of it being an always-on display of sorts. 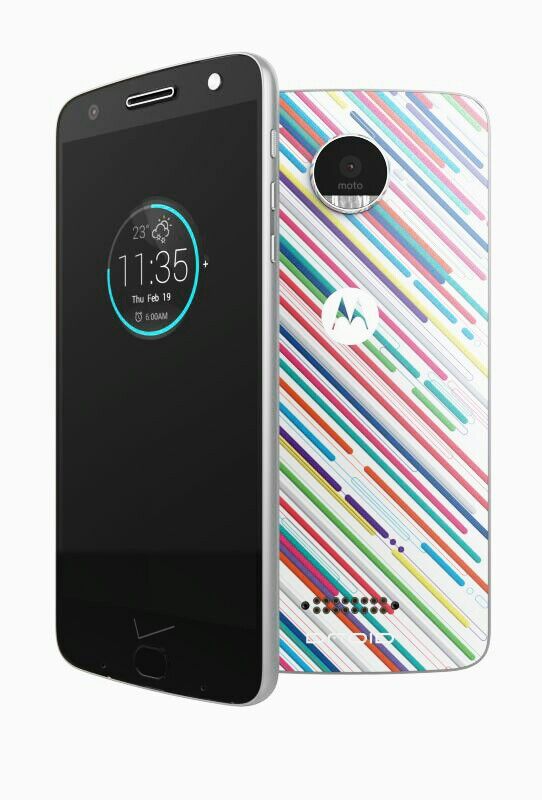 Flanked on either side of the earpiece above the display is the front facing camera along with what seems to be an LED Flash. Towards the bottom lies the fingerprint sensor sitting just below the familiar Verizon branding.

However, the most interesting style element of the DROID is its rear that is done up in colorful striped pattern. That again seems to be more about customizable rear panel options rather than being a standard design layout. Also, the highlight of the rear panel is the rather prominent camera housing that includes a single lens and features a Moto 360-esque flat tyre design with the bottom making up the single LED flash.

The entire camera setup is also slightly protruded from the rear panel. The transparent Moto logo sits in the center while the DROID branding is etched towards the bottom just below what looks to be the rear loudspeaker.

Coming to the other two images each of which is done up in silver and black color scheme, both feature a similar rear panel where the rather large Droid style camera setup is the most prominent design element. The rear camera also includes two additional dots which could be some sort of a sensor the details of which are obviously aren’t available at the moment. The rear also features a set of golden dots along the bottom that could be some sort of connector. Further, the rear panel also seems to be made of metal except for the top and lower portions. 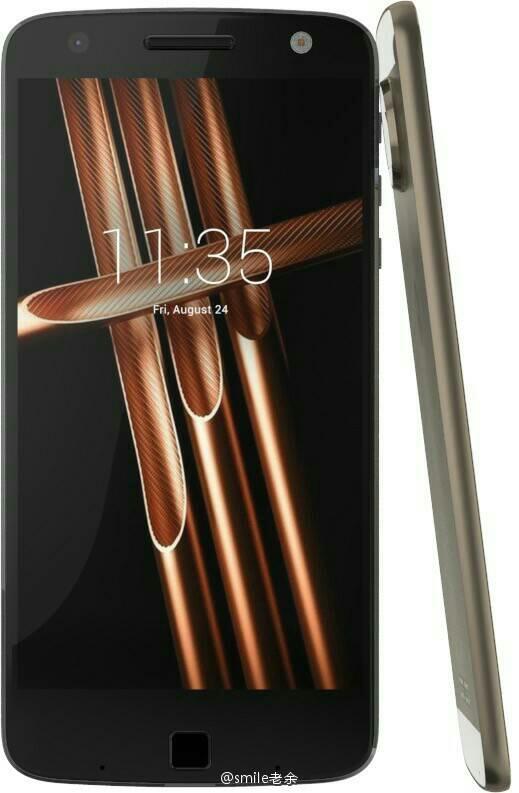 Moving over to the front, there is the usual front camera and flash combo at the top along with the ear-piece. The front also features a trio of sensors, one at the top while another two at the bottom on either side of the finger print sensor which sits at the lower center. Internal setup is anyone’s guess at the moment though Moto X typically being Motorola’s flagship offering, one can look forward to matching specs here, which includes Snapdragon 820 chips along with say 3-4 GB RAM. More on this is awaited.

However, what has to be kept in mind, in the end, is that these still are rumors at best, something that is further accentuated with the latest @evleaks claiming the two renders are actually pointing to two different handsets. Again more details on this is expected soon.