iPhone 7 rumors have hit the fast lane thanks to the recent leak of what is being believed to be a dummy model of the upcoming handset. Nevertheless, the leak courtesy of the French website Nowhereelse.fr does offer several insights as to what the next iPhone could be like in reality.

To begin with, what catches the eye immediately is its similarity with the current iPhone 6S as far the dimensions and overall looks are concerned. That again should be a source of major disappointment for Apple fans considering that the usual convention with iPhones so far has been a major change in design each time the iPhone number changes. That seems unlikely this time, if the dummy model indeed reflects the production version.

The French site is even claiming the depth of iPhone 7 to be the same 7.1mm as the current iPhone 6S. This again should be an indicator of the next iPhone retaining the ubiquitous 3.5mm headphone jack as replacing the same with either the Lightning port or USB-C port would have allowed Apple to squeeze out a few tenth of millimeters out of the handset.

However, the next iPhone should have a lot for the shutterbugs to cheer about. Among the noticeable changes witnessed here is the slightly bigger camera hole even though the relative position remains the same along with that of the LED flash – the top left corner.

Also, while the bigger camera slot might not be big enough for the twin lens setup that many had been claiming to be the signature feature of iPhone 7, there still could be plenty of things to be excited about here. For instance, there could be enhanced pixel size which allows for better low light photography. This has been the trend among smartphone makers off late instead of going for outright increase in megapixel count. Manufacturers seems to be settling around the 12-megapixel mark (both Galaxy S7 and HTC 10 feature 12 megapixel primary cameras) while going for the ultrapixel approach. 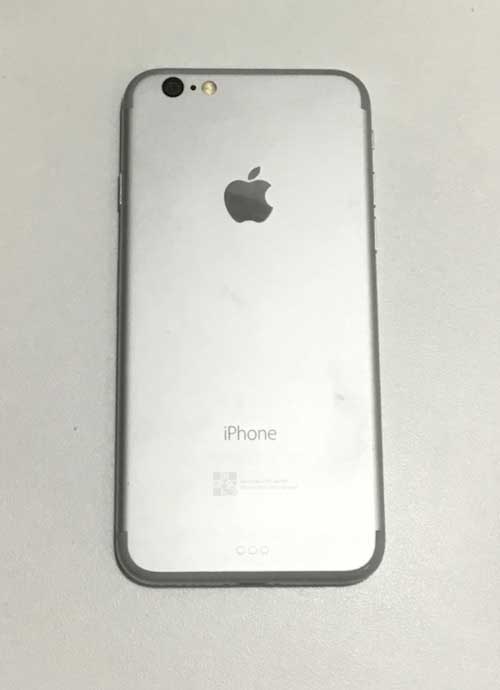 Another way Apple might enhance the camera in the iPhone 7 could be the adoption of a faster aperture. This allows for quick capture of the images thereby reducing blur. The camera meanwhile is also flush with the rear panel, which makes for another likeable design element. 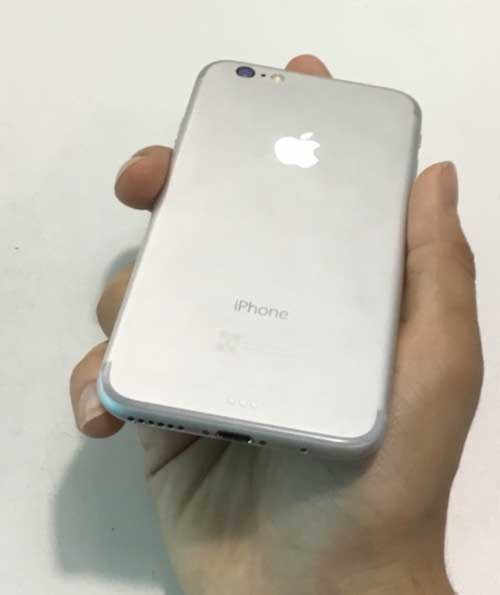 The absence of antenna lines is the other nice aspect that immediately becomes perceptible with the dummy model. Instead, those are believed to have been shifted along the top and bottom edge, which makes it sort of a cleaning act for the rear shell.

There also are reports of the iPhone 7 featuring a Smart Connector the type of which first debuted on the iPad Pro. That allows for both data and power transfer though the exact role of such connectors on the iPhone 7 remains vague. Some claim it could be to allow wireless charging or connecting to a powered case to prolong battery life.

Among the other spec rumors being associated with iPhone 7 include a more efficient A10 chip sourced from TSMC, faster Intel LTE modems, and possibly a bigger battery all enclosed within a water and dust proof case.

However, the pertinent question that could be lingering on everyone’s mind is whether the upcoming iPhone 7 will be able to stem the decline in quarterly sales first witnessed in 13 years. And much to everyone’s anxiety is that the answer could well be a ‘no’ considering that the iPhone 7 does not offer anything special that its competition does not.

Samsung has already impressed with its latest flagship, the S7 and S7 Edge while the HTC 10 has also gone in for rave reviews. That does make things a bit tight for Apple and it remains to be seen how the Cupertino giant responds to a scenario it didn’t have to face in over a dozen years’ time.

Meanwhile, Apple shares traded for a slightly lower 92.56 at NASDAQ and trade analysts have called for a cautionary approach with future purchases.