Your future iPhone could be seen communicating as well as charging over Wi-Fi. At least that is what Apple hopes to achieve if a recent patent filing by the company is to be believed.

Titled ‘Wireless Charging and Communications Systems With Dual-Frequency Patch Antennas’, the filing reveals Apple’s ambitious plans to use dual-frequency patch antennas that would serve the twin purpose of communication as well as the transfer of power at microwave frequencies.

The filing envisages using any frequency normally dedicated to communication, to also transfer power that can recharge the device. Those include cellular links between 700 MHz and 2700 MHz, Wi-Fi signals that operate between 2.4 GHz and 5 GHz or the millimeter wave 802.11ad spectrum above 60 GHz frequency.

In theory, such a setup will allow you to use your Wi-Fi router to also charge up your iPhone as well. Apple could also use beamforming antennas such as those already in use on its AirPort Extreme routers to pin point the exact location of the device before focusing the signal to allow for greater range and improved signal quality. 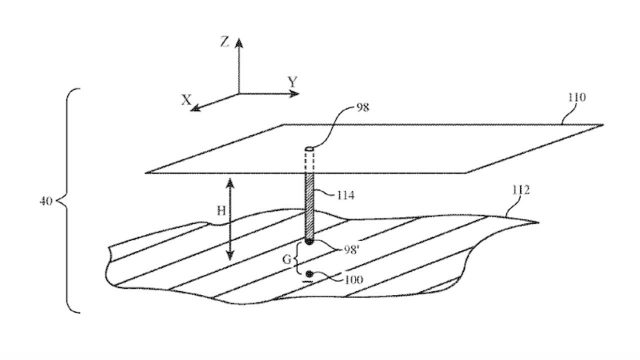 However, no matter how convenient such a scheme might sound at the moment, thinking of charging the very next iPhone the company launches over Wi-Fi would be too much of an ask. In fact, patent filings have never been a surety of the technology ever becoming a reality at all.

That said, it still is interesting to see Apple being innovative when it comes to devising ways to charge its iPhones. While Android smartphone have had wireless charging for years now, Apple is yet to incorporate the same technology on its iPhones. That again when iPhones have also been known to be quite a battery intensive, until the more recent versions.

Meanwhile, leaked schematic diagram of the upcoming iPhone 8 reveals a huge circular patch at the rear, something that analysts believe could be wireless charging patch. There also are reports of the Chinese firm Luxshare developing the wireless chargers for the upcoming iPhone 8. Luxshare currently serves the inductive chargers used in Apple Watch.

Abhinav Mishra - May 19, 2022
Tom's Guide is supported by its audience. When you purchase through links on our site, we may earn an affiliate commission. Learn more By...

Asus rolls out Android 12 update for the Zenfone 7 and...