Essential phone: All you need to know

Here finally is the Essential smartphone that the world has been waiting for with bated breath. The device also happens to be the latest creation of the person who fathered Android does ensure the device is in the spotlight right from the word go. And the device does not disappoint either, given its stunning looks, exemplary features and of course, top-of-the-line specs.

To begin with, the device sports a refreshing front end design where the front display extends right up to the top edge, with just a minor cut-out along the top middle to accommodate the front cam. Bezels along the edges are non-existent while the same along the bottom is just the bare minimum.

The battle for smart phones with full front display is clearly on and if the Galaxy S8 can be credited to have set the bar really high, the new Essential almost tips over it. Apple no doubt will be under immense pressure to deliver something better with its iPhone 8. 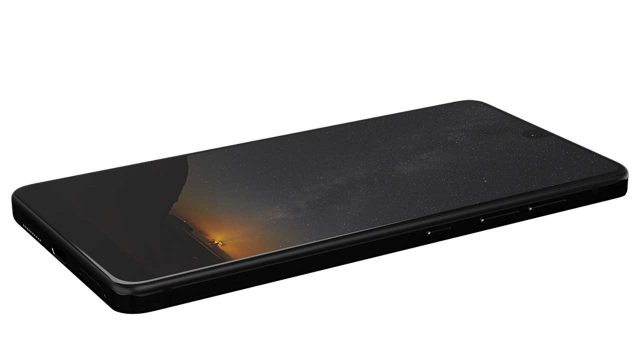 Coming back to the Essential device, Andy Rubin said it is made of titanium sides and ceramic back, which means the graceful looks are backed by a lot of substance. With such building materials, the handset will also be able to withstand the sort of handling or abuse that could easily dent and scratch phones made of aluminum, including the best from even Samsung or Apple. However, it is not known if the Essential phone is water or dust resistant.

As for specs, its flagship stuff all the way. Power comes from a Snapdragon 835 chip that is mated to a 4 GB RAM along with 128 GB of storage. There is no 3.5mm headphone socket though. Instead, you will have to manage with a USB C-port. The handset will come with a dongle within the package to ensure you get to make good use of all the 3.5mm accessories you have already invested in.

Further, the fingerprint sensor is placed at the rear, and fortunately, unlike in the Galaxy S8, in a standalone position for easy accessibility. The dual rear cam comprises of a 13-megapixel lens along with a monochrome unit. Backing those up is an intuitive software that even allows for black and white photos. Also, with the monochrome lens complementing the regular camera, expect low-light photography to get a boost.

The front gets an 8 megapixel camera that is also capable of shooting videos in 4k format.

Also, the entire camera setup is flush with the rear surface. The same also applies to the fingerprint scanner as well which makes for the rear look really smooth and clear. There isn’t even the customary company badging to interrupt the flow. In fact, skipping the company markings happen to be a conscious decision and is aimed at enhancing your feel of ownership of the device even more.

While still on the rear surface, mention must also be made of the twin slot along the same line as that of the rear cam. Those in fact serve as magnetic connector and will act to connect the handset with a host of accessories or modules aimed at enhancing the functionality of the phone.

As of now, there is the 360-degree camera module that can be attached to the device, as also a charging dock. More modules are on the way and the approach is reminiscent of Motorola’s Moto Mod theme.

Also, coming as it does from someone who founded Android in the first place, expect things to be equally exciting on the software front. Unfortunately, not much is known here except that it runs Ambient OS, something that surely has been derived out of Android. Further, with the company keen to keep things simple and clean on the exterior, that makes us believe the software too is devoid of unnecessary bloatware.

Prices start at $699 for the phone which right now has only a single configuration. The 360 degree camera comes for an added $50. Pre-orders are currently being accepted with shipping set to begin within a month’s time.

As of now, the phone is available only in the US with sales elsewhere in the world to follow soon. Also not known if there will be cheaper versions of the phone in the making as well.

She has spent the past eight years playing the role of an infrastructure consultant, and has now joined Inferse.com as a full time blogger. Her current profession is a result of her deep interest in computer gadgets, laptops, gaming accessories and other tech happenings.
Posts created: 1105