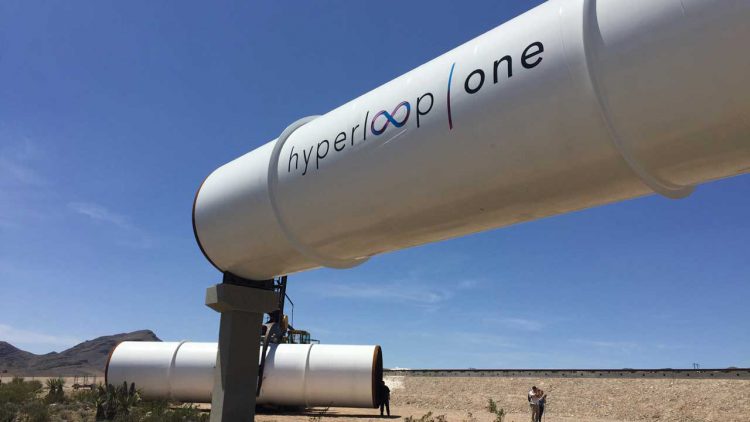 The Hyperloop is now a step closer to reality if the recent successful trial run can be taken as a measure of what the actual production model envisages. The trial though took place on May 12 and was vastly reduced in scale and scope than what the full operational version aims to achieve.

The test still is considered vital given the key technologies that it validated and test was conducted in actual real-world systems. The Hyperloop concept is based on electromagnetic propulsion and magnetic levitation technology and is built around the idea of transporting passengers or goods through a vacuum tube at about supersonic speeds, thereby vastly reducing travel time between important cities in the process.

In this respect, the May 12 tests saw speeds of just 70 miles. The test also lasted just 5.3 seconds and pulled 2G levels of acceleration.

Shervin Pishevar, co-founder of Hyperloop One is elated with the development, describing the feat as the Kitty Hawk moment for the company as a direct comparison with the Wright Brothers’ achievement with the first manned flight on a winged aircraft. Just like the Hyperloop trial run, the Wright Brother’ first flight too was brief in that it lasted just about 10 seconds.

Pishevar stated their next target would be to reach speeds of 250 mph before culminating at the projected 700 mph speeds the final version would be operating in. They are also aiming for a longer track than what they have at the moment. The tests are being carried out at the company’s Nevada facility near Las Vegas.

The Hyperloop is projected to be the fastest and cleanest mode of transportation once it becomes operational. Reaching production stage though is fraught with varied challenges, the primary of which is of course finances. The project calls for huge investments in not just setting up the initial infrastructure but also maintaining it over a period of time. Further, it could also be some time before the investments begins to fetch returns.

However, the initial challenges apart, the new proposed mode of transportation has the potential to bring about a tectonic shift in the way we perceive of travel right now. For the conventional mode of long distance transportation such as railways or even planes would be rendered obsolete. Both the segment are established and successful business models and shutting both down in favor of a new model is not only a risky move but could have far-reaching consequences.

As such, it will be really interesting to see how the Hyperloop One projects pans out eventually.