While it has been common knowledge Apple wishes to make it big in the emerging segment of Augmented Reality, there wasn’t much news on what the firm has been up to on this front. Not anymore given reports of Apple has applied for a patent on an AR glass the sort of which we have already seen in the form of the Google Glasses.

However, what also makes the Apple approach towards AR glasses unique and different from that of the Google Glasses is that there is the iPhone involved in it. It is quite logical given that the glasses can also function as an extension of the iPhone and not in a stand-alone mode, as it was the case with the Google Glasses.

Further, the patent also pointed towards such possible scenarios as the user selecting part of images from the iPhone display. The AR glasses than recreating those portions on top of the real world viewable via the glasses.

The images accompanying the patent application reveal diverse scenarios in this case. For instance, you either select some portions as say parts of the buildings as depicted on the iPhone display, or more minute details from say a car dashboard. In the latter scenario, you might have to individually select portions such as the steering wheel, the radio, infotainment display unit and such to re-create an accurate depiction of those.

Also, another inherent advantage with Apple’s AR strategy is that since the AR glasses aren’t designed to operate on its own, the system is a lot more feasible than that of the Google Glasses. Instead, the glasses would be working in tandem with the iPhone. This will spare the glasses to get into any intensive processing tasks. 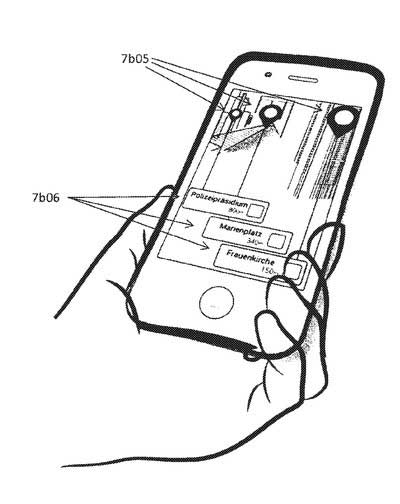 Also, the glasses won’t also be required to have a camera as well as those of the iPhone itself will be filling the part. You use the iPhone’s camera to see objects on the phone’s display, select portions thereof which then are overlaid on the real world and viewable via the glasses.

All of that sounds cool no doubt though making it to work in the real world could still be a challenge. Things though are already reported to have reached the prototype stage. Chances are Apple would launch the iPhone first with the AR glasses coming sometime later. As such, it remains to be seen how soon all of it becomes a reality.

Why Is Bitcoin Down Today? – Forbes Advisor – Forbes