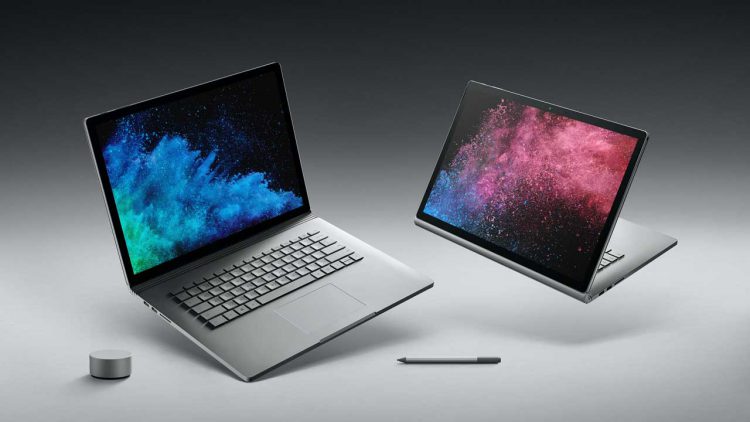 Of course, Microsoft is backing up such claims with solid facts and figures, which includes the latest Eighth generation Intel Quad-Core i7-8650U CPU working in tandem with 16 GB memory for the 15-inch version. There is also the Nvidia GeForce GTX 1060 graphics card along with 6 GB of graphic memory to add to the processing competence of the device. Native storage option is an equally impressive 256, 512 or 1 TB of solid state memory.

The 15-inch display is lit up by an eye-popping 3240 x 2160-pixel resolution, which translates to 260 ppi of pixel density. The device tips the scales at 4.2 pounds, which comes to just 1.8 pounds in tablet mode.

The smaller 13.5-inch version comes powered by a seventh-gen dual-core i5-7300U coupled to an 8 GB RAM but can be upgraded to match specs of its bigger cousin. The 13.5-inch model also features a Nvidia GeForce GTX 1050 graphics card that comes with a dedicated 2 GB graphic memory as well. The smaller Surface Book 2 is also more handy with its 3.62 pounds of weight, with the tablet weighing just 1.59 pounds.

Other salient features of the new Surface Book 2 range include its 8MP front and 5MP front cam, backlit keyboard along with Dolby Atmos-enabled headphones. Battery life is being claimed at 17 hours of video playback.

Microsoft said the new Surface Book 2 now sports an updated design while still retaining the basic looks. The trademark hinge has been enhanced to make the stronger while taking up less space on the interior. Prices start at $1,499 for the 13.5-inch model while the bigger Surface Book 2 starts at $2,499.

On the whole, the new Surface Book 2 range is all about top-notch performance, enhanced battery life and a more fluent yet sturdy build. And all of it, Microsoft believes, are reason enough for Apple to be worried for its MacBook Pro 13 and 15 devices.

Samsung plans to unleash its new Bixby 2.0 across most of its consumer product range soon