To have a true bezel-less display could finally be a reality now that biometrics technology specialists Synaptics announced having perfected the on-screen fingerprint scanning technology needed to achieve the much-desired smartphone design.

Synaptics is also claiming the tech to be fast and secure as well, with the latter attribute owing to the SentryPoint tech that it comes backed with. The actual sensor is also well protected since it lies underneath a glass layer even though its sensitive enough to respond to touches with wet, dry or even cold fingers.

Synaptics also announced Clear ID FS9500, as the new feature has been named, has already entered full-scale production though the company refused to identify its OEM partner just yet. The best that Synaptics revealed is that it is working with a top five OEM. 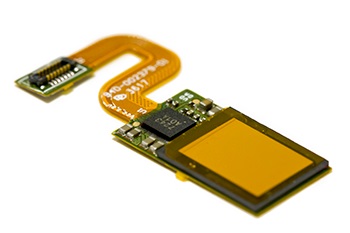 Then again can be any company ranging from Samsung to the Chinese trio of Huawei, Xiaomi, or Oppo/Vivo. That said, Apple can perhaps be safely eliminated from the list given its heavy reliance on Face ID. It hasn’t proved to be as reliable as its makers might have hoped it to be though given the kind of investment Apple has made in it, its unlikely it will revert back to fingerprint scanners anytime soon, if ever it does.

Among the rest, the Chinese manufacturers could well be the ones to have partnered with Synaptic at the moment given their insistence to adopt new technology first among others. However, Samsung seems to have the best chance given the way the official Synaptic discourse on this carries mention of infinity displays, a term that Samsung uses to describe the screen of its latest S8 and Note 8 devices.

Samsung too has been desperate to include on-screen fingerprint scanning tech on the S8 though the technology just didn’t mature when the phone was being designed. This in spite of Synaptics having announced the FS9100 optical fingerprint sensor towards end-2016 itself.

However, with the feature finally reaching the production phase, what is evident is that 2018 is going to be the year when on-screen fingerprint sensors become the norm, and bezels get further reduced, if not eliminated altogether.

Some of the best Android 13 features to expect when you...

Lynn Schindler - May 23, 2022
You get excited when an entirely new operating system version is released for your smartphone if you’re anything like us. Still getting to know...

People will need to update their birthday info to keep using...

How to use Google Meet breakout rooms – TechRadar

Mac Studio: Everything We Know – MacRumors