Motorola has some exciting plans for 2018 as is evident from its lineup of devices for the year that just got leaked online. This should be great news for Motorola fans with the company’s entire range getting refreshed with new devices sporting the latest specs. Here are the details.

Moto G6: The Moto G family will comprise of three devices all of which have thinner top bezels while being almost non-existent at the sides. However, the bottom bezel remains thick as usual as the same would be housing the home button integrated with a fingerprint sensor. The company name too is etched just below the display and above the home button which explains the bezel depth. 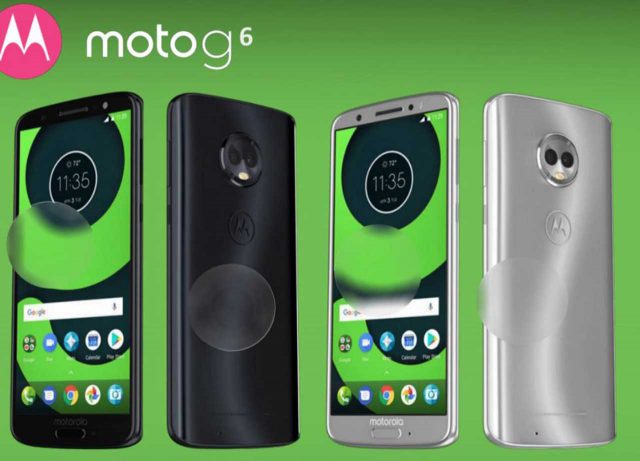 The rest of the specs include a 12 and 5 megapixel rear cam that again is housed in a Moto X4-like raised circular casing which makes it look a little unwieldy. The G6 also sports a 16-megapixel front cam and is powered by a 3000 mAh battery. 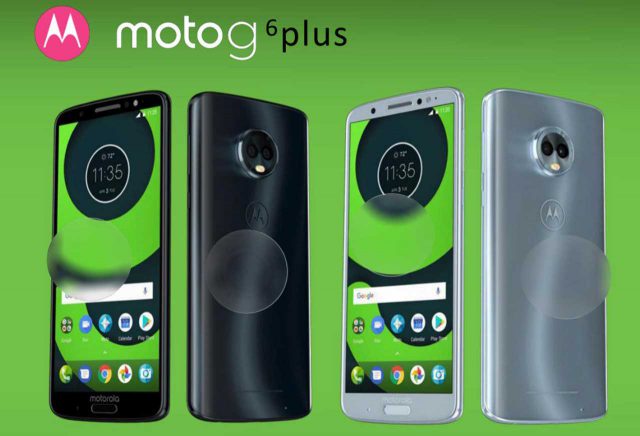 The Moto G6 Plus sports identical design and specifications save for a Snapdragon 630 heart along with a bigger 5.93-inch display. The battery too is bigger at 3,200 mAh capacity.

Lastly, there is the G6 Play which again features a 5.7-inch display and has the largest 4,000 mAh battery. Another standout feature of the G6 Play is its rear-mounted fingerprint sensor.

Moto X5: Things look really interesting with the new X5 what with an iPhone X-like notch design which houses the twin front camera flanked on either side of the earpiece. However, unlike Apple, the notch is sort of camouflaged with the status bar sporting a black color. The status bar otherwise shows the battery and time info on one side and signal bar on the other side.

The leaked info also shows Motorola having coined the term ‘borderless’ to show the minimal bezel design approach as is evident in all 2017 flagship handsets. The dual rear camera is again accommodated within a raised enclosure at the rear with the batwing logo placed under it. Though not explicitly mentioned but the display should easily be in the 6-inch category.

Moto Z3: The Z3 of which there will be the base Z3, Z3 Play and maybe another variant gets really interesting with its sleek looks thanks to the thin top and bottom bezels while the display too curves ever so slightly along the sides. Those again remind us of the Galaxy S8 though unlike the X5, there is no notch at the top. 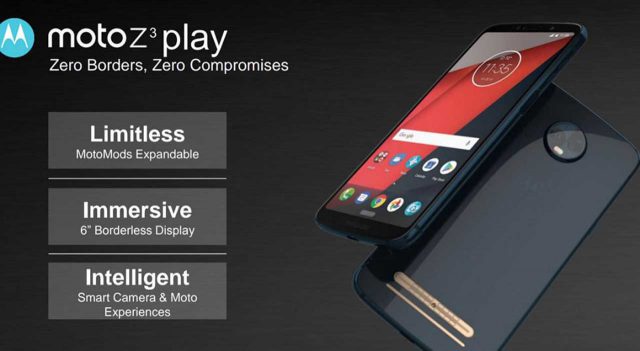 A 6-inch FHD+ display gets mentioned too while the display is shown depicting a status bar at the bottom, as in the X5. While its mere speculation at the moment though it is believed to be some sort of a gesture control feature, the sort of which we have seen in the iPhone X. If that be so, then that would mean Motorola having heavily tweaked the UI to accommodate the said feature.

Will my Motorola device receive an Android Oreo upgrade? When? How?

Other aspects of the Z3 include dual front and rear cams with the dual setup housed in a raised circular enclosure. In fact, the latter seems to be common for all 2018 Motorola phones as us evident in the leaked images. Also, all the phones will be seen adopting the now prevalent 18:9 aspect ratio.

More details are awaited, and it is likely we will get to see working prototypes at the MWC event itself.