Inferse.com
Ads
Home Technology Facebook can guess the economic class of a user without using income... Facebook seems keen to have a better idea of its users’ socio-economic status. Accordingly, the company has also devised a technology to determine the same and has filed a patent for it as well.

Facebook ultimately wants to create three groups of its entire user base – working class, middle class and upper class based on its user’s individual incomes. This again will help it immensely in its advertising efforts, better enabling it to position specific ads to the groups that likely will generate the maximum responses.

Facebook is aiming to do this by posing a series of a questionnaire to its users which will start with their age. From there, there will be other questions aimed at determining the likely income the user might be earning.

Also, since most are not likely to respond to the direct queries about their income, like how much they earn monthly, Facebook said they still are hopeful of creating a clearer picture of its users’ income profile using indirect means. 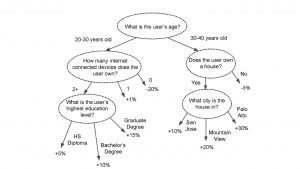 As such, the person might be asked how many internet connected devices they are using, whether they have their own house and so on. Other aspects that the social media giant is likely to know of its users include their highest level of education, their travel history and such.

Facebook has already emerged as the largest social platform on earth cutting across geographic and other barriers. It happens to be the single biggest congregation of people the world has ever seen. No wonder all of this are enticing enough for advertising firms though they can always do better with better info of the groups they are targeting with their ads.

Facebook had already been keen to pitch itself as the most preferred destination for ad firms. The latest effort to group users based on their socio-economic status can be considered as a further extension of that. How users respond to such moves is, however, something that remains to be seen.

Microsoft blocks Office macros: How hackers are bypassing this ban –...

Prey, Uncharted on Netflix, and every other new movie to watch...

iOS 16 Security and Privacy Features: Everything You Need to Know...