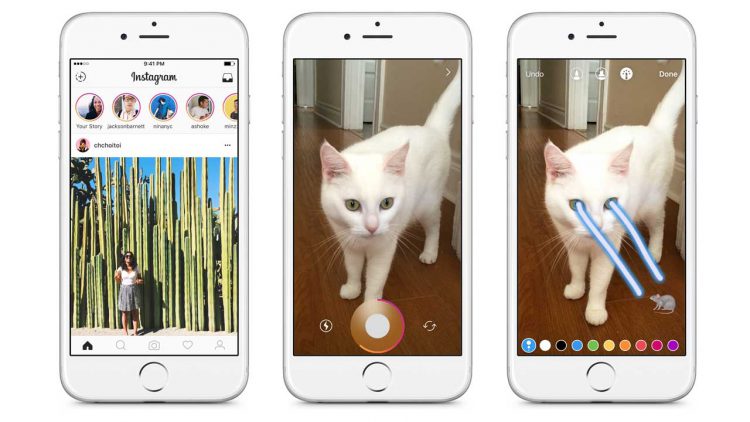 Instagram has stated they are developing means to curb the tendency of recording or creating screenshots of someone else’s ‘Stories’ on the sly.

The feature is however still under development but at least its confirmed to be in the making. There is no word though when it is likely to be introduced. Up until now, it has been fairly easy for just about anyone to record or take screenshots of the Stories feature of just about anyone without them having an inkling of the same.

However, with the proposed new feature, all of that is set to change as there would be a notification informing a user the moment their Stories have been grabbed by someone else. That would be via a sun-shaped symbol that would be seen by the side of the copier’s name as shown in the Story Views section.

Worth mentioning, a similar feature is already available on Snapchat where it is possible to trace someone if he or she tries to grab other’s Stories. With Facebook itself having copied the ‘Stories’ concept from Snapchat for integration on its Instagram platform, it is quite logical for the company to integrate even basic safeguarding tools as well.

Interestingly, Apple itself allows for screen recording on its iPhone or iPad devices, a feature that was introduced with the iOS 11 update. However, Snapchat quickly worked around it by issuing another update of its own platform that nullified the particular iOS 11 feature.

Such a measure to pick out stalkers should also be a huge boost towards ensuring the privacy of the Instagram users. While this applies to all, celebrity users would no doubt have much to cheer from the new development as they are often key targets of the stalkers.

Also, another reason Stories are much sought after is that they have a lifespan of just 24 hours. No wonder, users often take to recording the same of creating screenshots of it to preserve it longer. Unfortunately, that would be impossible to do without informing the owner of the Stories once the said feature has been activated.