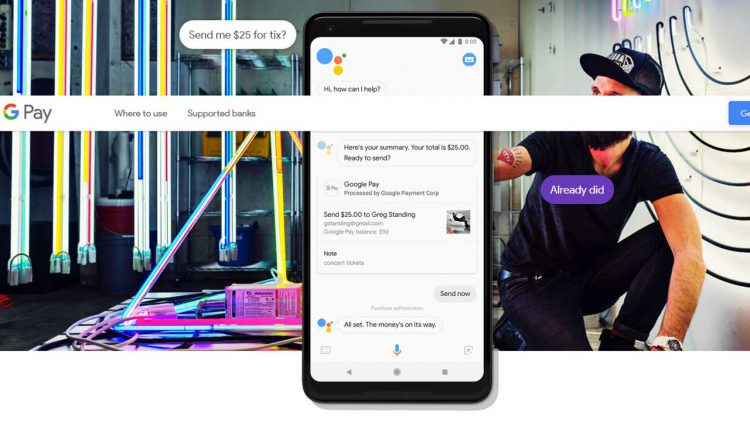 Google is launching a new unified payment service which goes by the name Google Pay. The app for the same will be available from Google Play Store and will essentially serve as the amalgamation of Google Wallet and Android Pay.

That makes things a lot simpler for Android users as they will have a single app to serve all of their needs. The new Google Pay app also boasts of a simple interface in that it comes with just two sections – ‘Home’ and ‘Cards’.

As is perhaps already conceivable, the Home tab is what users would be greeted with when they open the app. It contains all details of payments made in the recent past along with nearby stores where users can make payments using the Google Pay app. The latter is again unique for the user as it contains the list of stores where the user might have used the Google payment service for any purchases made. Besides, it also takes into account the user’s current location as well to create the list.

The Card tab is where all cards – credit cards, debit cards, gift cards and such are stored. As usual, users will be provided with the option to save details of any new card they opt to do a transaction with, which duly gets saved under the Cards tab.

In reality, the new Google Pay app incorporates the same Material Design features that are so omnipresent on all things Android. However, the basic functionality remains much the same in that it can be used to send or request money anywhere in the world.

In fact, as Vice President of Google Product Management for Payments, Pali Bhat said, they have been especially concerned to ensure users get to use the app with the greatest of ease irrespective of where they are. For instance, users have the option to set up Google Pay right from their own banking app as well even if they haven’t installed the Google Pay app from the Play Store.

Similarly, the API implementation has been made simple so that any site or app can accept payment from anybody that has Google Pay enabled. As Bhat stated, they managed to keep the complexities out of the entire process in that their role is to just securely pass on the details needed to make the payment to the parties concerned. Google is in no way involved in processing the payment themselves.

Google meanwhile also stated that the new Google Pay service would eventually roll out to all of its products, which includes Assistant, Chrome etc. The app is available to download from the Play Store while existing Android Pay users will be provided the update to upgrade to Google Pay soon.