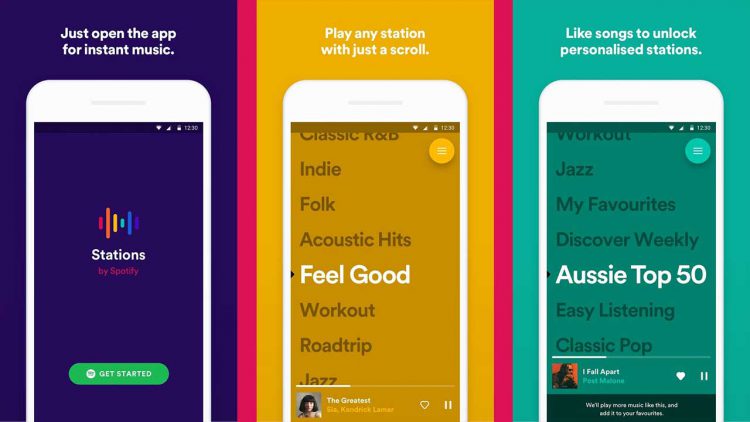 Spotify has begun rolling out a new user interface and from the way things seems to be panning out, it looks like the free users are set to get features that otherwise were restricted to only the premium customers. The changes are applicable to both the iOS and Android version of the app.

That includes the ability to play songs on demand, something that so far used to be the sole privilege of the paid member class. This is applicable to the Gold Edition playlist as per the latest update. Further, those albums or playlists that supported song playback in shuffle mode only can be identified with a blue shuffle icon while a green play button designated other playlists. This comes across as a change from the previous order where free users were only able to shuffle the songs.

Among the other changes to be seen is the way songs currently being played is displayed. That includes a full-screen layout for a song art that appropriates with the song being played.

Similarly, the Search page too has undergone a revamp so that there now are boxed prompts like Workout, Mood and such to ease song searches of a particular genre. What’s more, such prompts are seen sporting attractive colors which makes the interface so much more inviting.

The Radio button that was to be seen at the bottom has mysteriously disappeared entirely. In fact, the same can’t be seen hiding even as a menu option anywhere. Same is the fate with the Browse button though its contents have survived as part of the repackaged Search feature.

Such a makeover for Spotify, however, isn’t entirely unexpected as previous reports did point out to an imminent revamp due soon. That said, it is not yet known if the present change conforms to that or if things are set to change again sometime soon. While that remains shrouded in mystery, the present setup does look interesting and fresh, something that is definitely worth trying out.

Also, with the free users getting lots of newbies, this could also be the sign of the paid members too getting something special. This will ensure there are enough reasons to still upgrade to the premium plan rather than being stuck as a free user.