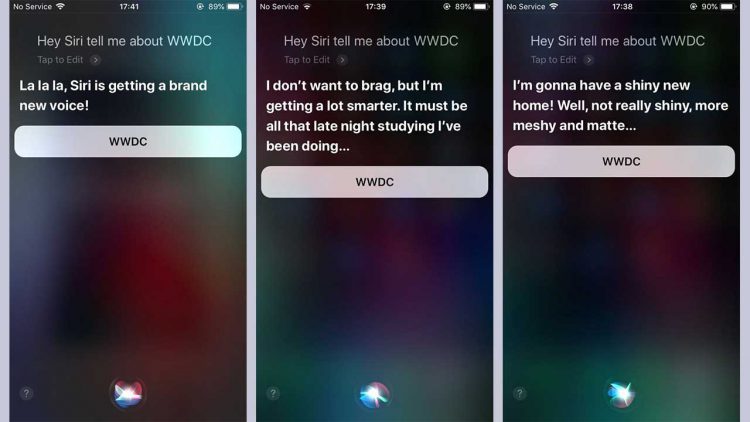 Apple’s smart digital assistant Siri might have become a bit loose-lipped off late, revealing the company’s WWDC plans earlier than expected. And the revelation makes sense too, given that it tallies with what was being rumored for some time already.

That includes a new Home Pod that might get launched during the annual developer’s conference. Siri though has been a bit discreet when it said it will have a new home soon, only revealing it is going to be shiny, meshy and matte. It made the revelation when asked to speak on the upcoming WWDC 2018 event.

A new home that is all about mesh and matte, of course, points to a new Home Pod. Now the same has also been speculated for some time already, with rumormongers claiming a new cheaper version of the smart home speaker system might be in the offing soon.

That also makes sense given how Apple continues to lag behind its competitors when it comes to intelligent systems and services. If Siri itself lacking in capability isn’t enough, the high price tag of the Apple Home Pod has been another reason it hasn’t been the sort of success story its makers hoped for.

Siri meanwhile also had some nice words to share when it comes to its other shortcoming, its ability to sort things out. For the smart digital assistant did mention, it’s going to be a lot smarter in the coming days. In a witty reply, Siri attributed its impending capability enhancement to all the late night studying it has been indulging in off late.

So, with a new HomePod speaker likely to be revealed, there also is a new update for Siri that seems almost a certainty now. The other interesting bit that the digital assistant revealed is that it is getting a new voice as well. That makes a complete makeover for the smart assistant, with a new voice, new home to hang on to and above all, a much-needed dose of capability enhancement.

It will be interesting to see what all of that boils down to in real life and whether it can live up to the likes of the Alexa or Google Assistant finally. The WWDC event starts on June 4 and will run through June 8. So, there is not much of waiting to be endured in between.