Motorola One Power with bezel-less display, notch and Android One coming soon 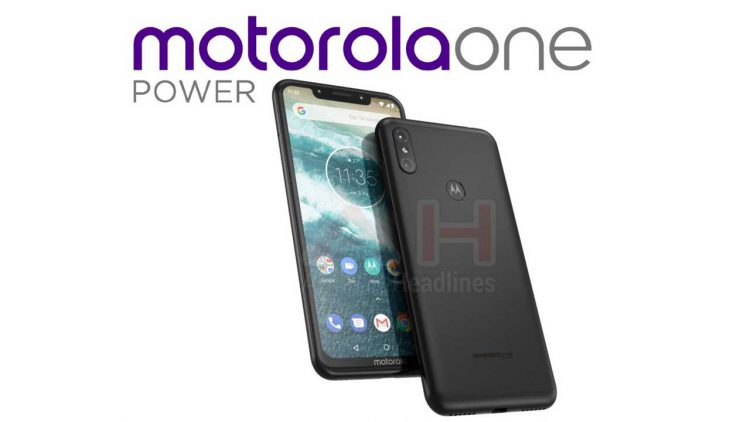 There is a new Motorola phone in the making which promises to be unlike any we have had from the Lenovo owned company so far. That perhaps starts from the naming itself, which at motorolaone Power marks a departure of sorts from the Moto moniker that has been in use since 2013.

Lenovo has been flip-flopping with different names for phones coming from the Motorola stable though its good to see the original Motorola name being restored. What is also surprising is that it has just launched the Moto G6 while there also is the Moto Z3 in the launch pipeline too. That makes the return to Motorola branding for the new upcoming handset quite interesting, and it remains to be seen if the same convention is going to be the new norm for all future Motorola handsets as well.

That, however, isn’t the only striking aspect with the new Motorola One Power, the other being the presence of a notch at the top, and a significant one as well. In fact, the notch comes quite close to the same on the iPhone X, which makes one to speculate if there are more sensors packed in than the usual stuff found in most other Android handsets with a notch. Maybe there is hardware support for something like Face ID as well though nothing of that sort is known just yet.

The front otherwise is dominated by the display with the bezel along the sides having done away with. However, there does exist a thin yet prominent chin at the bottom which is also where the Motorola brand name is etched.

The other unique aspect of the phone and which is also evident with the name as well is that it will run Android One. For those not in the knowing, Android One happens to be a Google-backed effort to provide buyers of non-Pixels handsets with a pure Android experience. That means there are no unnecessary bloatware or user interface with the user getting to interact directly with Android.

The phone meanwhile will also have a dual rear camera setup, complete with a LED flash. All of it is again accommodated within a raised enclosure that, apart from the notch is the other aspect that reminds us of the iPhone X. Then there also is the similar bat wing Motorola log placed at the rear, which also likely doubles up as a fingerprint sensor as well.

The rest of the specs is anybody’s guess at the moment, which includes the likely launch schedule as well.