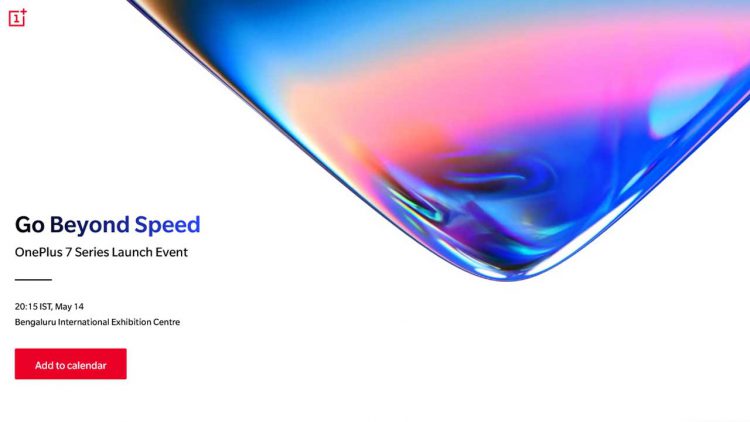 The tech media worldwide is clearly focused on OnePlus at the moment, with the officially confirmed May 14 event all set to become the climax of all the hype and hypothesis currently floating around. Fortunately, the company itself is providing much of the details of what’s forthcoming on the day, meaning much of what to expect is already a surety.

For instance, there are going to be three OnePlus devices for the taking this year – the base OnePlus 7, OnePlus 7 Pro and the OnePlus 7 Pro 5G. This is much in line with the usual convention most companies adopt with their flagship launches, except that OnePlus has gone for a different strategy here. That again isn’t about different size option for the phones, but it is the design that carries the variation.

So, with the base OnePlus 7, much of its looks will bear a strong resemblance with its predecessor, the OnePlus 6T. That includes the teardrop notch at the top as well as a dual camera system at the back. There is going to be a spec bump of course, which points to the fitment of the latest Snapdragon 855 chipset coupled to maybe 10 GB of RAM this time.

Things will start to be exciting with the OnePlus 7 Pro, what with it being a true-blue new phone inside out. There is going to an all-screen front with no bezels around, and to make that possible, there is going to be the pop-up feature to accommodate the selfie camera. Also, the display too is going to be larger at 6.64-inches compared to the 6.4-inch display for the base OnePlus 7.

Another highlight of the OnePlus 7 Pro display is that it will have an enhanced refresh rate of 90 fps. That can be considered a healthy improvement over the standard 60 fps refresh rate that applies to displays used in most other phones. A 4000 mAh battery complete with a 30W charger should take care of the extra battery drain that higher screen refresh rate induces.

Further, another notable aspect with the new OnePlus 7 Pro is going to be its rear camera system that is going to be a triple lens fare this time. Sources point out the OnePlus 7 Pro will come with a 48 mp primary sensor complemented by a telephoto lens and a wide-angle sensor.

The third OnePlus 5G variant will understandably have 5G capabilities on top of all the bells and whistles that the OnePlus 7 Pro comes with, including the looks as well.

However, pricing will no doubt be the key factor that most will be keenly watching out given that that happens to be the plank that the entire OnePlus organizational motto is based on, that of delivering flagship feel but at half the price. Now, prices of flagship phones have gone up and it shouldn’t be surprising if OnePlus 7 Pro and OnePlus 7 Pro 5G too follows the same trend. Maybe the company has kept the OnePlus 7 in the loop just to satiate the desires of budget buyers.

Interestingly, the company will also be hosting the general public at its launch event. Those interested may visit the company site for info on this, including ticket pricing.