Elon Musk might be best known for his Tesla electric car venture, Hyperloop transporting solution as well as his space sojourns via Space X. That, however, isn’t the complete list as Musk is also part of another secretive venture named Neuralink which aims to develop next-generation brain-machine interface technology.

Eventually, Neuralink aims to develop smart solutions that would allow even paralyzed humans to control external objects such as a smartphone or a computer with the help of signals from the brain. All of this is being realised using what is being described as flexible threads that have been specially fabricated for the purpose of transmitting high volume data while still being several times thinner than a human hair.

As has been detailed, there are no less than ‘3072 electrodes per array distributed across 96 threads’. Among the other advancements introduced include a special robotic device that would be used to implant the threads in the human brain. Of course, the robot is designed to ensure minimal damage to the brain tissues, including avoiding blood vessels to reduce the chances of inflammation. Specifically, the robot will be able to insert half a dozen threads in a minute.

The system also envisages having a USB Type-C port that would be sticking out of the brain and will serve as the only way information from the brain can be transmitted to the external world. However, more advanced versions slated for development, later on, will have integrated Wi-Fi solutions that will transmit brain info wirelessly. 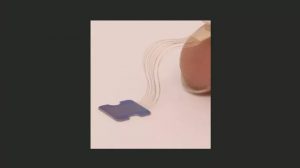 This again would be achieved using what is being called as the N1 sensors. The sensors – four of these – are being planned for implantation in the human brain with the motor region having three of these and the somatosensor region having a single N1 sensor.

These sensors will communicate with an external device which can be placed behind the ear and will include the battery. Then there will also be an iPhone app to keep a tab on the entire working of the sensors and so on.

Neuralink is also hoping to operationalize its concept in the real world and on a real human by the end of next year itself. However, the initial systems will be lacking wireless capabilities which could take a few more years to fructify.