The iPhone 11 Pro sure has been one of the most hotly anticipated phones of the Apple fall event though that surely wasn’t the only hardware that the Cupertino giant had brought along. For there also were the brand new iPad and Apple Watch that too were unveiled during the event.

The new iPad which happens to be the 7th gen device comes to offer a 10.2-inch display. Apple said the display allows for better brightness and 3.7x wider viewing angle while the device as a whole has been specially optimized for the iPadOS.

The tablet also comes with a headphone jack, is compatible with Apple smart keyboard cover and supports the first-gen Apple Pencil. Interestingly, the new iPad also comes with something that we perhaps have started to disassociate Apple with – TouchID. And there also is the physical home button to house the fingerprint sensor. Also, it is made from 100% recycled Aluminum.

The new 7th gen iPad has also been priced quite low at just $329, which Apple said has been done to better compete with the slew of Windows and Chromebook devices also available in the same price bracket. While schools can order it for just $299.00. And if all of this sounds too tempting, the new iPad is available for pre-order right away and shipment will start from September 30th.

That is how Apple is describing its latest efforts in the smart wearable segment, the Apple Watch Series 5. The smart wearable, however, does not break any new grounds when it comes to its look and feel. However, while it looks the same, it has vastly improved functionality this time.

That includes the new always-on display which Apple says will save the users any effort to move the arm or make a tap on the display to evoke the same. Instead, the display will always be there but in a reduced state of brightness.

Elaborating further, Apple said the new LTPO display refresh rate drops to as low as 1 Hz to conserve power to allow for always-on display. Apple is also claiming a similar battery life of 18 hours in spite of the display that remains always on.

The new Series 5 Watch also benefits from the addition of a Compass which should be of immense help for adventurers and hikers making their way through unknown territory. And if the user still finds themselves in a mess, or for any other reasons, there is the new international emergency calling feature that can be used to get help. The feature is available on only the cellular versions of the Apple Watch and won’t need an iPhone for its working. And it’s free too.

Health and fitness continue to be a focus area for the new Apple Watch with Apple announcing three new health study programs that they intend to work on more intensely henceforth. Those include Heart & Movement Study, Women’s Health Study and Hearing Study. Anyone in the US can be part of it via Apple Research App which will be available later this year.

These apart, the new Apple Watch comes with new watch faces as well as bands to make it all look all the more endearing. Then there are the new titanium and ceramic options as well. The ceramic model comes in white while titanium versions are available in shades of black and gray.

Apple also took the opportunity to announce its new subscription services – Apple TV+ and Apple Arcade. Both should already be familiar by now though for those who might have been living under a rock, the Apple TV+ intends to stream original shows, movies, features, documentaries and so on while Arcade is for the gamers. 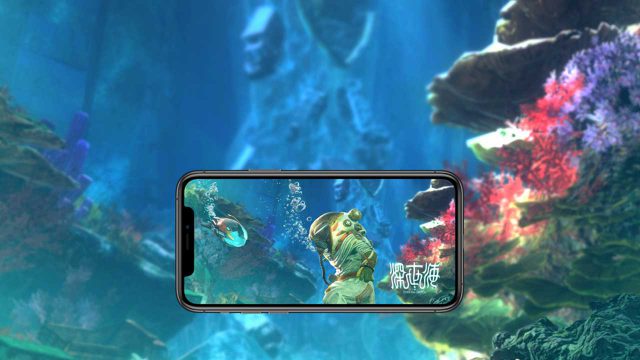 Apple TV+ will however have a modest beginning and will have just nine shows to stream as of now. The company though has promised to add at least one show every month starting from November 1, along with movies and everything else down the line. TV+ will cost $4.99 a month per family with a free trial of one month. The service will be available for free up to a year for those who buy any Apple devices. The service starts on Nov. 1 and will launch on more than 100 countries right away.

Apple Arcade is a gaming subscription service that too costs $4.99 per month with a free month for trial. It will start from September 19 with 1 month free trial. The company also showcased some new interesting games as well with more to be added later.