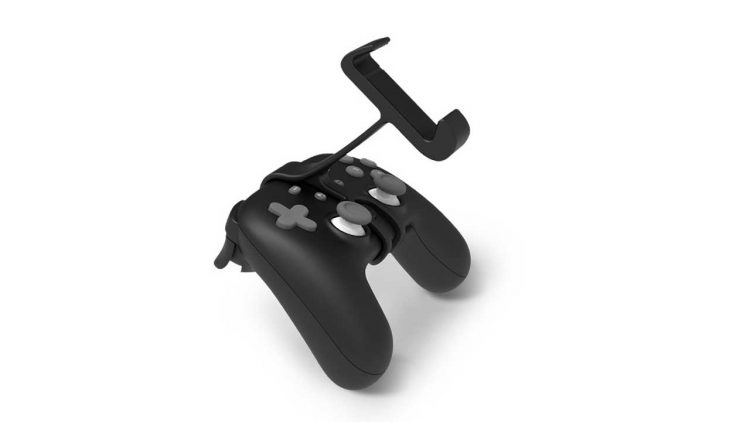 Google announced its Stadia Controller Claw is now available to buy, which sort of makes its cloud gaming service offering a bit more matured as gamers now have a stand that can hold their phones aloft during gameplay. It’s nothing more than a small plastic piece that clamps on to the Stadia controller at one end while having a placeholder where the phone can be attached to.

The stand also comes with enough cut-outs at the right places where the wires can be attached conveniently without making the whole thing too overbearing. For instance, there is a small cut-out at the rear from where the controller can be connected to the phone via a USB-C cable. Similarly, there is a gap at the front where the headphones can be slotted into the 3.5mm headphone jack. Maybe there is going to be a wireless version in the making, one that can do the connections over Bluetooth.

Of course, there are benefits to a snug fit considering that the entire arrangement comprising of both the phone on one end and the controller at the other will remain rock solid. However, it remains to be seen how users react to using a stand that the manufacturer has stated will leave marks on their controller. Also, with the phone held right on top of the controller, the switches remain invisible to the player.

Nonetheless, those still eager to opt for the Claw can place their orders at the Power Support site. It’s likely the availability status is shown as ‘available soon’ thought early buyers said orders can still be placed and some shipments are already on their way. Price mentioned is $14.99. Google too has the Stadia Controller Claw listed on its Store page though orders are currently not being accepted.

ToTok found to be spying app in the guise of a messaging app, remove immediately