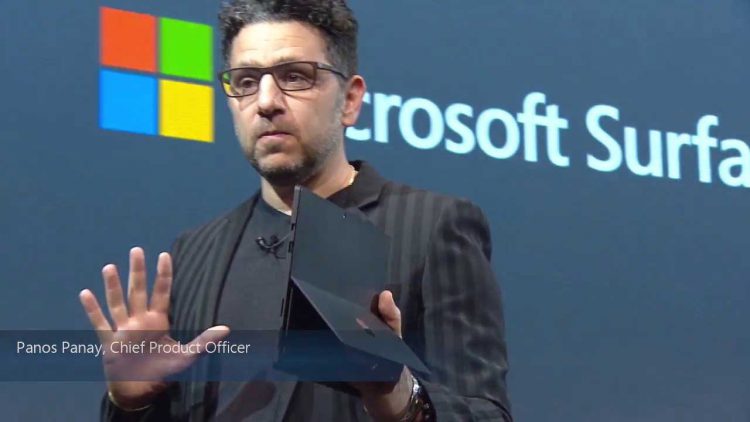 Microsoft is mixing things up a bit within the company so that its head of hardware division, Panos Panay will now also be in-charge of the Windows team as well. Panay is considered the driving force behind the Surface range of devices and with the Windows division also under his ambit, experts believe this will allow for better synergy between hardware and software units to lead to a superior end-user experience.

In other words, it is the Windows Client Experience and Microsoft hardware unit that would be reporting to Panos, with the new division set to be called Devices + Windows team. Among the immediate benefits of such a development would be a faster decision-making process and closer integration of the hardware and software that would apply to all Microsoft apps as well as service-connected devices. The change would take effect starting February 25, 2020.

This isn’t the only reorganization Microsoft is putting in place as Joe Belfiore who so far has been overseeing things at the Windows Experience division will now be jointly heading the Office Experience Group together with Ales Holecek. On top of this, Belfiore will also be heading the Essential Products Inclusive Community, which has within its ambit Microsoft News and Edge along with the company’s apps on iOS and Android platforms. Belfiore will however only be taking over his new role in Fall this year.

Panay, however, won’t be heading to the senior leadership team as Rajesh Jha will still be heading the Experiences and Devices division. That way, Panay would continue to report to Jha in his new role as well. Kirk Koenigsbauer who is currently the Corporate Vice President of Microsoft 365 will take up the role of Jha’s Chief Operating Officer.

In another development, Microsoft Teams Business will also be having a new head given that the current boss and Corporate Vice President Brian MacDonald is set to retire soon. Filling his shoes will be Jeff Teper who, besides Microsoft Teams, will continue to head OneDrive and SharePoint.