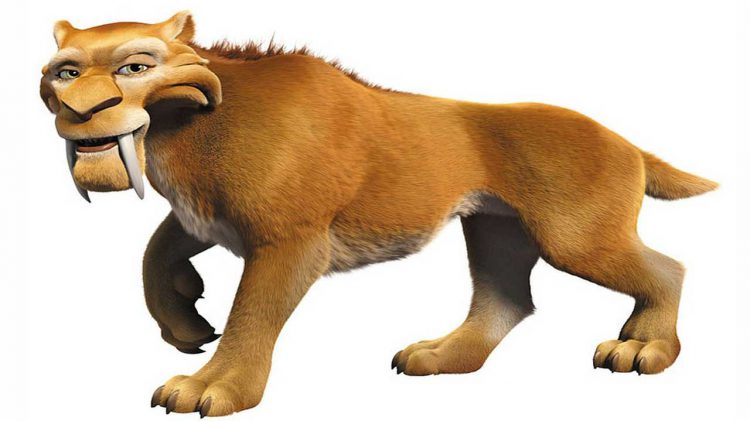 The Saber-toothed tiger is one of the most talked about cats in the history of Earth, yet this ice-aged feline had teeth that grew even faster than previous studies suggested. A new methodology, and new results were featured in the science journal PLOS One, which revealed the findings upon completion from the research team. The cat, which is technically known as the Smilodon fatalis is one of the most studied animals in the history of Earth.

However, it’s also an animal that has an extensive history when it comes to being duplicated, talked about and utilized in films and Hollywood. This is one of the biggest reasons for the new study, which puts a more accurate account on how quickly the teeth of these massive beasts grew. The study found that this particular batch of research measured up more closely with some of the older research, which suggested the teeth of the saber-toothed tiger could grow as much as 6-millimeters per month.

This is a sizable chunk, especially for an animal that was clearly atop the food chain at the time. However, what the study also found was that it took longer for these teeth to develop in the younger Smilodon fatalis cats. While it is entertaining to think about how they might have been, or how awesome they could have been, the truth in this particular instance might more closely align with a less aggressive growth pattern than originally thought. 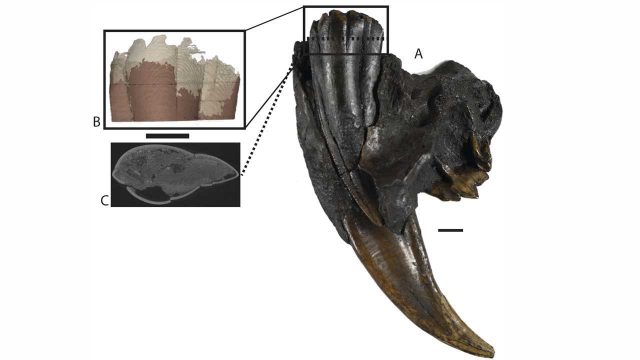 As one paleontologist pointed out though, this is significant for more than just the obvious cinematic reasons. The saber-toothed tiger was originally found in North and South America, which would make them somewhat local for those living in the continental United States.

Z. Jack Tseng studies at the American Museum of Natural History, which is located in New York City, said that “If you think about it, Smilodon fatalis likely left their paw prints on what is today Hollywood Boulevard long before Marilyn Monroe left her hand prints at the Chinese Theater.” His comments alluded to the importantance of this study, and how much impact this really does have on places like the U.S., Mexico, South America as a whole, as well as more northern locations like Canada.

All of these places would have been common stomping grounds for the saber-toothed cat known as Smilodon fatalis, and its teeth would have been seemingly massive to anyone who would have encountered it. However, this isn’t something that science has ever attempted to contest, and this study simply highlights how impressive these animals really were at their core.

500,000 French riders of UberPOP in jeopardy due to the service’s legality