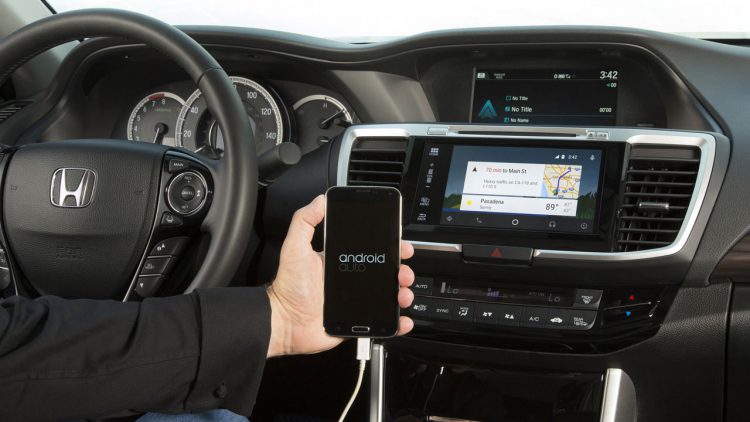 Honda Motor Company, Ltd revealed the 9th generation of its highly-acclaimed Honda Accord on Thursday, and one of the major upgrades is the 7-inch Display Audio infotainment that lets drivers use Apple CarPlay and Android Auto. Notably, the Japanese automobile giant debuted the 2016 Accord at its research facility in Mountain View, to showcase the ever increasing role of Silicon Valley in the automobile industry.

Honda said it wanted to reveal the car in the Bay Area as a tribute to the pivotal role Silicon Valley companies are playing to revolutionize the way we drive cars. Moreover, the fact that the refreshed sedan marks the first Honda car to include support for Google’s Android Auto and Apple’s CarPlay.

“Where else to introduce the most technologically advanced midsize sedan, the 2016 Accord, than in Silicon Valley,” said John Mendel, executive vice president of the Automobile Division, American Honda Motor Co., Inc.

With this functionality, the driver can control apps such as navigation, messaging and audio via dashboard controls and voice commands. Though both Android Auto and CarPlay act only as secondary interfaces when hooked with the car’s USB port.

“Customers want their vehicles to be more intelligently integrated with their smartphone-powered lives, and we are committed to delivering that experience starting with Accord, retail car buyers’ most popular vehicle the past two years,” adds Mendel.

It seems Honda is going big on Android in terms of integrating mobile technology with its cars. While other manufacturers usually focus on building their own proprietary platforms and navigation systems, Accord’s new navigation system runs a customized version of the OS, just like Pilot before.

The 2016 Honda Accord will likely hit showrooms later this year, though pricing and regional availability is yet to be confirmed.

Honda becomes the latest automobile manufacturer to include this functionality, as GM earlier confirmed that most of its upcoming 2016 models would come with these features, for instance, the 2016 Chevy Cruze which was recently unveiled in Detroit makes the first car from the company to come with this functionality onboard. Korean manufacturer Hyundai is also making them available in its midsize Sonata sedan, and the company says it’ll be offered on more upcoming models.