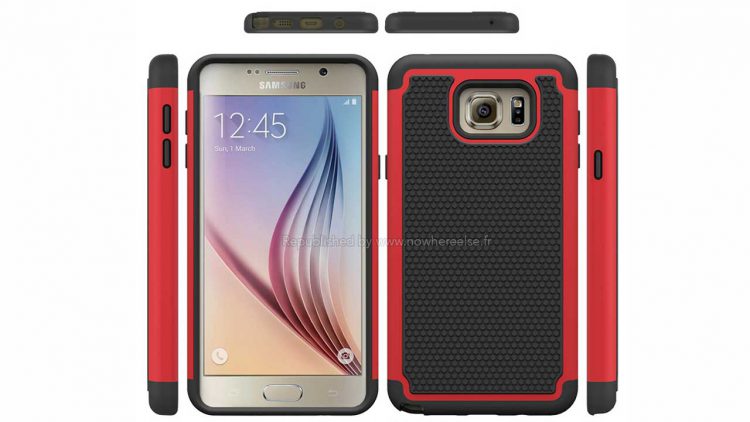 Rumor 1: Samsung will unveil the Galaxy Note 5 this month

The September unveil rumor seemed right for a long time. In fact, it seemed to follow the company’s usual product unveils for the Fall season: the Note series has usually been revealed at IFA in September, so the same was expected for the Galaxy Note 5.

Then, Samsung went and changed things up a little. Reports started pouring in that we’d see the Note 5 one month earlier, in August, so as to avoid a popularity clash with the iPhone 6s and 6s Plus. While the reason behind Samsung’s date change is still suspect and seems to come from Apple fans more than actual fact, Samsung has already distributed invitations to an August 13th event in New York City, with the announcement starting at 11:00am EDT.

Rumor 2: Galaxy Note 5 to maintain the 16MP camera of its predecessor

Samsung’s 16MP camera in the Galaxy S6 and S6 edge has been a huge hit since the company unveiled its latest devices at Mobile World Congress on March 1st. With this year’s Note 5, some believed Samsung would change the back camera and “up the stakes” a bit. Well, the Galaxy Note 5 is the very best of Samsung, but Samsung will create a more powerful 16MP camera for the upcoming productivity beast while maintaining the same MP camera sensor.

Samsung’s Galaxy S6 and S6 edge both feature f/1.9 apertures for both front and back cameras, and Samsung’s upcoming Galaxy Note 5 will feature the same. This means that improved lighting and detail in photos can be expected.

Rumor 3: Galaxy Note 5 will go with a 3,220mAh battery instead of the earlier-rumored 4,100mAh battery

It was heavily stated at one point that Samsung would increase its Note 5 battery past the 3,220mAh battery of the Galaxy Note 4, and would even make the Note 5 battery better than the disappointing battery sizes found in the Galaxy S6 and S6 edge (2,550mAh and 2,600mAh). The Note devices have never disappointed in the way of battery life.

Well, this year’s Note 5 is expected to live up to its long-held reputation, but Note faithful are less likely to see the ridiculous yet wonderful once-rumored 4,100mAh battery size in the “next big thing.” Samsung looks to stick with its 3,220mAh battery in the Note 5. Fears about battery life need not be, since Samsung’s Note 4 with the same battery size has been shown to be more than capable of handling the most heavy user experience. As much as Note faithful desire a bigger battery, Samsung seems intent on sticking with a tried-and-true experience.

Rumor 4: Galaxy Note 5 to have the same Exynos 7420 processor as the Galaxy S6 and S6 edge

It was rumored some weeks ago that Samsung would update its homegrown Exynos processor for the Galaxy Note 5 (Exynos 7422 instead of the current 7420), but Samsung decided to stick with the 7420 processor in the Galaxy S6 series. The reason may have a lot to do with the company having reported a profit decline for yet another quarter (and a decline from Q2 2014 sales), but it could also be the case that the octa-core processor destroys even the performance of the iPhone 6 and 6 Plus already; if it ain’t broke, why fix it?

Rumor 5: Galaxy Note 5 to have a 5.7-inch display, display size to match that of last year’s Galaxy Note 4

Samsung’s Galaxy Note Edge was the most experimental smartphone yet last Fall, but we can now safely say that there’ll be no Note Edge 2 at the NYC announcement. The rumor is looking more and more like a safe bet at this point.

Instead of crafting the edge for the Note series, Samsung has decided to bring it to the popular Galaxy S line, and the results have been stellar. The company sold 89 million devices in Q2 2015, from the company’s recent financial report, with the majority of its sales coming from high-end devices such as the Galaxy S6 and S6 edge (and not the inexpensive, budget-friendly, low-range devices as in years past). Although Samsung lost some market share from Q2 2014, the company still sold 89 million smartphones – an impressive feat for any company in one-quarter alone – and that trend doesn’t look to slow down any time soon.

Samsung has said that it intends to lower the prices of the Galaxy S6 and S6 edge to keep momentum going, and all of this is being done with the goal of meeting consumer needs so that the financial return is more on the “plus” side than the “minus” side this year. The Note Edge 2 would have been a device for a few Samsung tech enthusiasts, with little financial return. Keep in mind that Samsung has investors to please, investors who could easily take their money and run elsewhere should the Korean manufacturer not rake in major profit.