Facebook accused of “lies and theft,” company responds to attack

by Deidre Richardson
in Technology
Reading Time: 3 mins read
A A 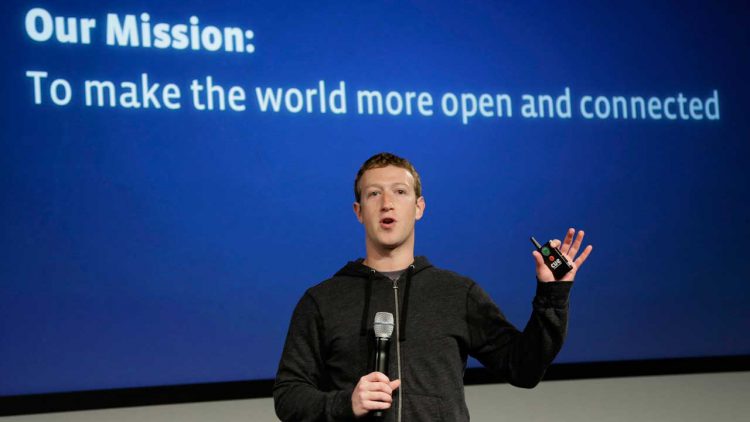 Facebook has become the top social media site worldwide with 1.4 billion users, and with its rise to the top of the social media world, the Zuckerberg-led company can expect criticism. The latest comes from YouTube creator Hank Green, whose scathing post titled “Theft, Lies, and Facebook” discusses how Facebook inflates its numbers and robs YouTube creators of their profits.

He used statistics to point out that of the top 1,000 videos on Facebook in Q1 2015 that garnered millions of views, 725 of them were posted originally at YouTube and shared at the social network site without regard to their creators. Unlike YouTube’s Content ID system which allows video creators to claim the video with Google and receive a profit, Facebook has none of that in place. There are millions of views on videos at Facebook for which their original YouTube creators cannot receive profit, which robs those creators of their income.

Green also went on to say that Facebook counts a video as having been “watched” if the individual views the video for three seconds. Of course, Green does seem to be right in this regard, as auto-play videos catch Facebook users off-guard when visiting their news feed, for example, and requires three seconds of reaction time to either continue to view the video or turn away from it completely.

While Hank Green is somewhat “picky” about his grievances with Facebook, a lot of it has to do with the fact that he’s a creator who wants financial credit for his work. Green’s desire for proper credit that’s due to him is to be expected of anyone who is an original author of his or her work.

At the same time, however, Green seems to forget the public, open nature of Facebook. YouTube and Facebook may be social media sites that allow you to share content, but Facebook and YouTube go about that in different ways. Google can put those measures in place because it thrives on keeping original video creators. It’s a video site, which means that video is its center content and emphasis. Facebook has said that it is looking to mobile video for growth in the future, and mobile video is on the rise, but Facebook has always been first and foremost an open site that shares content.

As compared to Google+, for example, Facebook has a different feel than the search engine giant’s social media network. While Facebook is more about connecting with friends and family, Google+ is more about creating groups, sharing between those groups. In the circles I frequent at Google+, there are more tech nerds and enthusiasts there than anyone else.

And Facebook’s social nature does not mandate the protections that Google provides its mobile video creators at YouTube. That doesn’t mean that there shouldn’t be some protection measures in place; however, Facebook has become the large network it has because of its open nature, as sharing videos, links, and websites (even writing one’s own original notes) is responsible for the site’s growing fame and popularity. To endorse a “closed” and “exclusive” nature at this point where you can’t share mobile videos because of creators who protest it goes against the whole point of sharing in the first place.

Sure, Hank Green is referring to those who attempt to claim credit by resharing videos that have become popular and are the original content of someone else, but, as we’ve seen in days and weeks past, Facebook’s attempts to enforce rules prove problematic at times. Facebook has decided to allow individuals to not need their birth certificate names to be a part of the network; Google has finally relinquished the name mandate at Google+ due to the protests made against it there, too.

Zeroing in on videos and restricting the video to the site on which it’s posted may end up doing more harm than good. What makes so many YouTube videos popular is that they end up being shared on sites outside of YouTube. Hank Green may end up keeping credit for his mobile videos, but the millions of viewers he think may view it at his site if Facebook restricts video sharing may just never see it at all.

That would prove a greater loss than what exists now. It’s a catch-22 either way, but Facebook just may be the difference for many mobile video creators between getting attention for their work and not getting any attention at all.