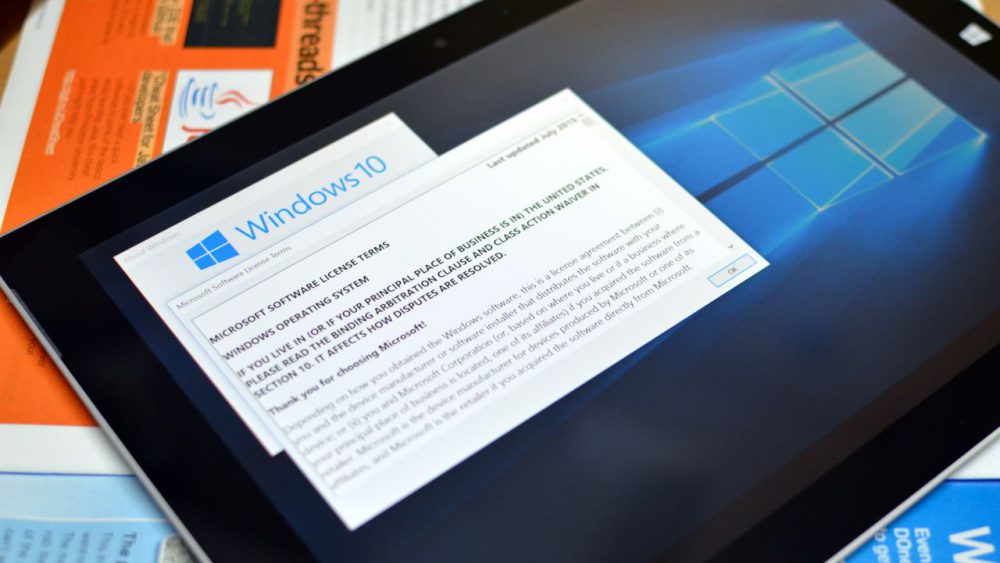 Microsoft has updated its Windows 10 End User License Agreement (EULA), according to which the newly launched Windows 10 will be able to identify whether a user is running unauthorized or counterfeit software and then disable it. This essentially implies that games acquired via illegal or unauthorized means can be disabled at Microsoft’s discretion, and even extends to the use of ‘unauthorized hardware peripheral devices’.

The news initially sounded rather baffling. As for an OS that can run a wide array of devices, it was rather surprising to know that Microsoft would only be targeting games, and not check for the authenticity of pirated productivity suites such as Adobe Creative, or for that matter, the company’s own Office suite of apps.

Microsoft is yet to provide an official clarification on the updated agreement, as the EULA is limited to Microsoft’s own services, as opposed to the Windows 10 ecosystem as a whole. Therefore, the changes made to the license agreement is essentially aimed at protecting the legitimacy of the company’s own service such as Xbox Live and Windows Store content, as opposed to all pirated content on a PC. To put into perspective, if a user is running a pirated copy of Microsoft’s games like Gears of War or Halo, the company would be able to track and disable these first party games or any other software.

Microsoft explained in an official note released by them that they’ll keep a tab on the version of the software you’re using and the download ‘software updates and configuration changes’, that’ll include updates that’ll prevent users from accessing the services, playing pirated games, along with ‘using unauthorized hardware peripheral devices’.

There’s still ambiguity over what the company really means by unauthorized peripheral devices. It could apply to things like modified controllers that are used to gain a tactical advantage or for that matter any other unauthorized controller.

Microsoft believes that video game piracy or as the company paraphrases it ‘counterfeit games’ has been a pretty big issue in PC gaming for a long time. Developers have adopted means to combat the issue, most prevalent being the use of an activation code on a user’s computer.

How far Microsoft is willing to go with its new service agreement is still debatable. The above agreement that mostly pertains to Xbox and Xbox Live, and has been extended to Windows 10 core services like Cortana, implies that Microsoft may or may not apply it across the Windows 10 ecosystem. Microsoft is yet to give an official clarification as to the scope of such changes in the agreement; we’ll keep you updated as soon as the company sheds more light on the matter.