Inferse.com
Home Technology Apple iPhone 6s and 6s Plus in Stores on Sept. 25 while... It’s barely been a week since iOS 9 was released to the general public, and the company now claims that iOS 9 adoption rate currently sits at 50 percent, implying that half of existing iOS devices run on the latest iOS.

“iOS 9 is also off to an amazing start, on pace to be downloaded by more users than any other software release in Apple’s history,” said Philip Schiller, Apple’s senior vice president of Worldwide Marketing.

Though, third party analytics tracking firm MixPanel is reporting lower numbers, according to which the latest iOS 9 is currently installed on 30 percent of existing iDevices. While it was reported earlier that iOS 9’s adoption rate was at 12 percent in the first 24 hours since its release.

In addition, the company has also confirmed the availability – at retail outlets – of new iPhone 6s and iPhone 6s Plus, which’ll go on sale starting this Friday, i.e. September 25. They’ll be going on sale in the United States along with Australia, Canada, China, France, Germany, Hong Kong, Japan, New Zealand, Puerto Rico, Singapore and the UK. 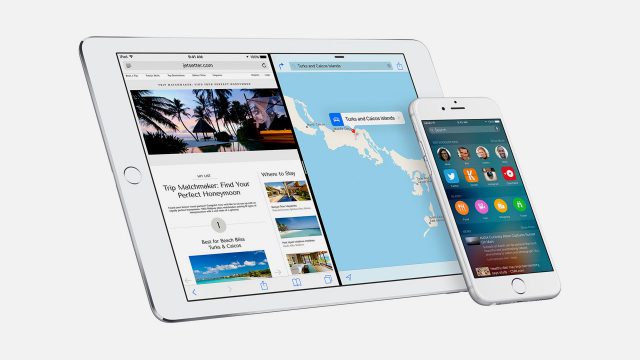 Apple retail stores will open at 8 A.M local time, which will have the new iPhones available for ‘walk-in customers who are encouraged to arrive early’. Both variants will be available from AT&T, Sprint, T-Mobile, Verizon Wireless, additional carriers along with select Apple Authorized Resellers.

The latest gen iPhones are equipped with new 3D Touch feature, which can essentially sense the differences between a light tap or a hard press on the display. It also gets Live Photos, which the company touts can ‘bring still images to life’. Other notable changes include the new 12MP iSight camera, a 5MP selfie cam with Retina flash along with an overhauled processor with the new A9 chip.

Why I am not upgrading to iPhone 6S?

The new iPhone 6s and iPhone 6s Plus will be available in gold, silver, space gray along with the new rose gold metallic color. It is also worth pointing out that Apple is not offering in-store pickup options until Day 1 after launch i.e. September 26.

Meanwhile, the Cupertino giant hasn’t announced any pre-order numbers for its latest iPhones, though the company seems rather confident that it’ll able to surpass last year’s record of 10 million iPhones sold during the opening weekend.