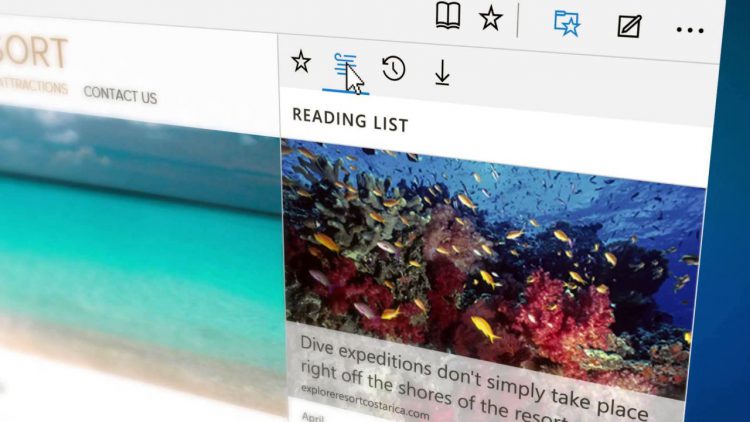 Microsoft had earlier planned to release extensions for its Edge browser with Windows 10 Version 1511, though technical issues might have led the company to delay the release until 2016. However, it seems extensions for the browser may arrive sooner than expected, as a Twitter user WalkingCat (@h0x0d) found a web page officially announcing the arrival of extensions for Microsoft Edge.

Although, Microsoft has pulled down the page, though WalkingCat (@h0x0d) has posted a screenshot that does suggest the wait might soon be over.

“Extensions are here! Beginning with Build XXXXX in Windows 10 Technical Preview, a selection of extensions are available for Microsoft Edge… Maybe some text here about new extensions coming in future updates, and how you can get started on writing your own?,” reads the leaked screenshot.

Scrolling down further, the extensions that appear to be ready for installation only include Reddit and Pinterest with Reddit Enhancement Suite and a ‘Pin It’ button. Though going forward, we’ll see support for more which will be made official via the Windows Store, while Chrome extensions have already been tested that they are easily ported across to Edge.

As already mentioned, Microsoft had earlier hoped that it’ll be able to provide support for these extensions in the recent Windows 10 November update. Though the company is diligently working to do away with some of the outdated technologies of the Internet such as ActiveX controls and the often criticized Flash player.

With that being said, reports do indicate that Microsoft is planning to get the Redstone update out before year end. We are eagerly looking forward that Microsoft does roll out a new Redstone build this year, as it will allow developers to start working on Extensions for Edge much sooner.