Oculus VR has now confirmed that the launch of its Oculus Touch motion controllers has been delayed until “second half of 2016”. The company made the announcement via an official blog post, though added that the launch of the VR headset will not be delayed, slated for a Q1 release next year.

“On the path to perfecting Touch, we’ve decided that we need more time before release, and we’ll now be shipping Touch in the second half of 2016. Pre-orders will open a few months prior to launch. Rift remains on schedule to ship in Q1 with pre-orders launching very soon.”

Oculus Touch is unlike any other standard controller, as it can capture real-time hand movements in VR games and apps. Pre-orders for the touch motion controller will go live months before the launch. Though for now, we can look forward to the consumer version of Oculus Rift headset, which will start shipping in the first quarter of 2016. 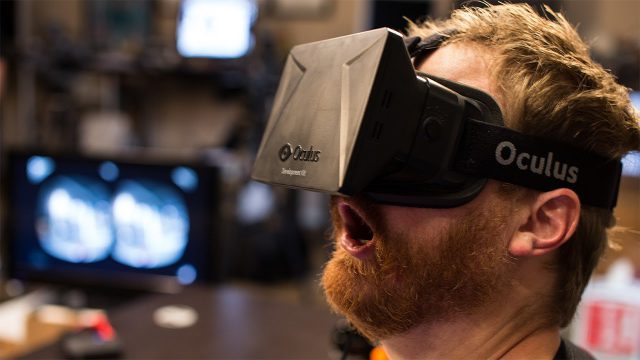 “On Touch hardware, we’ve made significant advances in ergonomics, and we’re implementing many changes that make Touch even more comfortable, reliable and natural,” the company wrote on its website. “We’re also implementing changes that improve hand pose recognition.”

In addition, Oculus VR also plans to include a Xbox One style wireless controller along with the Oculus Rift. The Oculus Touch motion controller will be available for purchase as a separate accessory. As of now the prices for the VR headset and optional Touch motion controller have yet to be revealed, though the headset is expected to get a price tag of over $350 for the developer model.

“I am really glad we can optimize decisions for the long term with Facebook resources instead of immediate profit to keep the lights on.”

Apart from Oculus, we can expect a number of VR headsets to be announced this year such as Samsung’s Gear VR, HTC Vive along with PlayStation VR. Back in September, Samsung announced that it has joined hands with Oculus to bring a $99 VR headset. While analysts also predict that VR will indeed be the future. Studies suggest that about 65 million head mounted virtual reality display gadgets are expected to be shipped by 2020.