Nokia is back as it had promised and has brought along a bevy of handsets to cater different market segment and buying preferences. So while there are smartphones such as the Nokia 6, Nokia 5 and Nokia 3, there also is the Nokia 3310 which happens to be a modern take on an iconic handset that instantly identifies the heydays of the Finnish brand.

To start with the 3310, the feature phone continues with what can inarguably be considered one of its biggest strong points, battery life. And the new 3310 excels here with a proclaimed 22 hours of talk-time along with almost a month of standby time.

Priced at 49 euros a pop, the 3310 comes with a 2.4-inch QVGA color display and will be running Series 30+ software. It will also come with another classic bit, the Snake game pre-loaded.

The 3310 also features a rear 2.5 mp camera and will have expandable memory via microSD cards. It will be dual sim compatible and will be available in a range of attractive color options.

Next up are familiar smartphone stuff with the Nokia 6 being the most advanced of the trio. Made of 6000 series aluminum, the latest and greatest Nokia is, however, more of a conventional affair than being anything path breaking. For instance, it comes with a physical home button with backlit capacitive keys on either side. The home button also hides a fingerprint sensor while the power and volume keys are placed along the right edge.

A 5.5-inch 1080p 2.5D Gorilla glass display makes up the front with a Snapdragon 430 processor running on the other side of it. On-board memory stands at 4 GB of RAM while 64 GB is available for storage, the latter being further expandable to up to 128 GB via microSD card. Besides, the Nokia 6 also boasts of dual amplifier backed by Dolby Atmos technology.

On the camera front, the Nokia 6 offers a 16-megapixel rear cam, complete with f/2.0 aperture, Phase Detection Autofocus, and dual-LED flash. An 8-megapixel camera on the front allows for selfie shots. Power comes from a 3000 mAh battery and offers Micro USB 2.0 port with no USB C-Type slot though the handset also supports USB OTG.

The Nokia 6 is priced 229 euros though there is going to be a limited Art black edition version as well that will be priced 299 euros. The Nokia 5 is similar to the Nokia 6 but with slightly toned down specifications. For instance, it comes with a 5.2-inch display and also boasts of a full metal build. The device too is based on the Snapdragon 430 chip but is paired with 2 GB of RAM. Storage is also paired down to just 16 GB but is expandable using microSD cards. Front cam remains the same at 8MP though the rear facing cam has been reduced to 13MP. 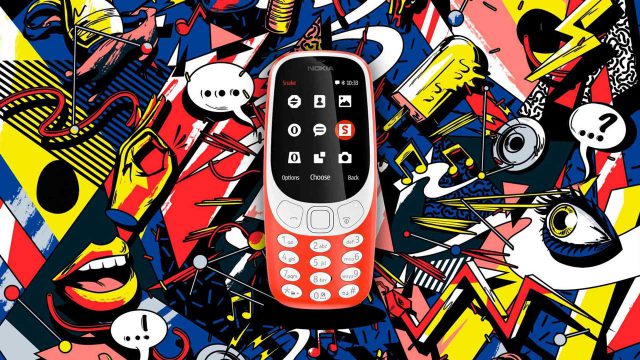 Understandably, the Nokia 5 is priced a more midrange 189 euros. The cheapest of the lot is, of course, the Nokia 3 and has specs to match. For instance, it comes powered by a 1.3GHz quad-core MediaTek MT6737 chips that work in conjugation with a 2 GB RAM. Onboard storage is the same 16 GB which again is expandable via microSD cards. Camera along the front and back is of 8MP resolution. The budget-oriented Nokia 3 comes with a polycarbonate built mated to an aluminum frame and is priced 139 euros.

All three smartphones run plain vanilla Android Nougat and will have Google’s AI assistant up and running whenever Google makes it available to all Android handsets. Meanwhile, HMD Global also stated all the latest Nokia devices would be reaching markets by Q2 this year. So far, the Nokia 6 and Nokia 5 were available only in China.