The 2017 edition of Mobile World Congress has got off along expected lines, what with the slew of new mobile hardware launches we have seen already. Mentioned here are some of the more important ones.

Motorola: Under its new owners Lenovo, the brand has been undergoing several changes, and those seem to have reached a fairly matured level with the new Moto G5 and G5 Plus.

Both continues to be mid-range offerings but has been provided a premium feel and touch. Also unlike many other handsets where size is often one of the biggest factors differentiating between the regular versions over its ‘Plus’ counterpart, the Moto G5 Plus happens to be more evolved iteration over the regular G5.

For instance, while the G5 comes powered by the Snapdragon 430 processor, the Moto G5 Plus has the more powerful Snapdragon 625 chip at its core. Further, the G5 will have the option of 2 and 3 GB RAM while the G5 Plus offers 2, 3 and 4 GB RAM depending on model and the region where it is sold.

Similarly, the G5 will come with either a 16 GB or 32 GB storage while the same on the G5 Plus will be 32 GB or 64 GB. Both the models have support for microSD cards that allows a max of another 128 GB to be added.

Power comes from a 2800 mAh user replaceable battery in the G5 while a bigger 3000 mAh non-removable battery powers the G5 Plus. In fact, it is not only the battery, but even the back panel on the G5 Plus is fixed and cannot be opened. 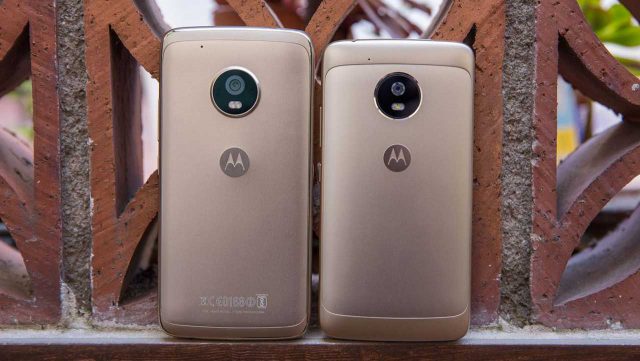 So far as the camera is concerned, the G5 comes with a 13MP camera with f/2.0 aperture, and phase detection autofocus along with a single LED flash. The same in the G5 Plus comprises of a 12MP camera with dual-focus pixels and f/1.7 aperture along with dual-LED flash. The G5 is capable of shooting 1080p videos while the G5 Plus can shoot 4K videos as well. Front facing cameras on both have a resolution of 5MP.

As for the display, both the G5 and G5 Plus have 1080p panels though the G5 is of 5-inches while the G5 Plus offers 5.2-inches of it. Both the handsets run Android Nougat out of the box and will have support for Google Assistant.

LG G6: The LG G6 is all about flagship stuff and has matching specifications to boot. Of course, much of that has already been revealed, which includes its 5.7-inch QHD+ FullVision display having a unique 18:9 aspect ratio. That makes it longer and narrower than current smartphones though LG is claiming the 2:1 ratio will be the future.

The G6 comes powered by a Snapdragon 821 SoC mated to a 4 GB LPDDR4 RAM along with storage options of 32 GB and 64 GB. The latter bit is expandable to 2 TB using microSD cards. There also is a 32-bit Hi-Fi Quad DAC that allows for the superior audio experience. 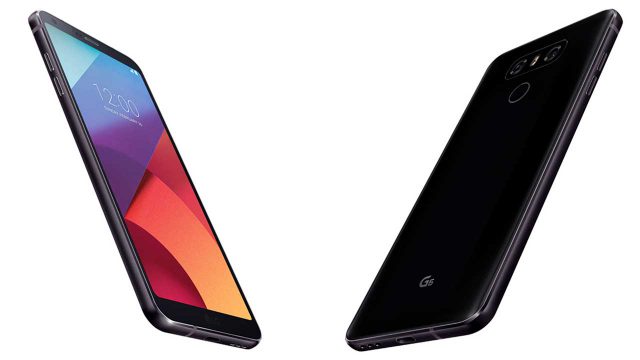 Power comes from a 3300 mAh battery which however is not user removable and marks a departure from previous LG flagships that came with removable batteries. LG has also put in place a copper heat pipe to allow for better heat dissipation, which clearly is a lesson learned from the infamous Note 7 fiasco that cost Samsung billions.

On the software front, the G6 will come pre-loaded with Android Nougat and will also have support from Google Assistant, which makes the G6 the first non-Pixel handset to feature the same. The G6 will also mark the debut of the company’s new UX 6.0 user interface which LG claims have been optimized for the handset’s 2:1 aspect ratio.

Price and availability of the G6 is anybody’s guess at the moment.

Huawei: The company has refreshed its flagship range with the new P10 and P10 Plus handsets with the ‘Plus’ variant offering a larger display over the standard configuration. Both have a Kirin 960 chip at their heart mated to a Mali-G71MP GPU and 4 GB RAM along with 64 GB of storage. The P10 Plus offers an additional model having 6 GB of RAM and 128 GB of storage though all models support microSD cards offering storage of up to 256 GB. 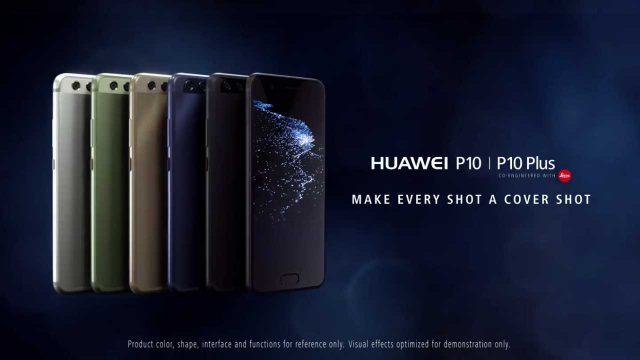 The front cam comprises of an 8MP unit with f/1.9 aperture. So far as the display is concerned, the P10 comes with a 5.1-inch full HD panel while the same on the P10 Plus comprises of a 5.5-inch 2K panel having a resolution of 1440 x 2560 pixels. Power comes from a 3200mAh battery on the P10 while its larger variant boasts of a 3750mAh power source. Both models run Android Nougat out of the box.