Design: The one thing that becomes immediately perceptible is the design superiority of the S8 Plus vis-a-vis the iPhone 7 Plus. In fact, the Samsung offering seems like it is almost generations ahead of the 7 Plus, which has looks that is more conventional than is path breaking. 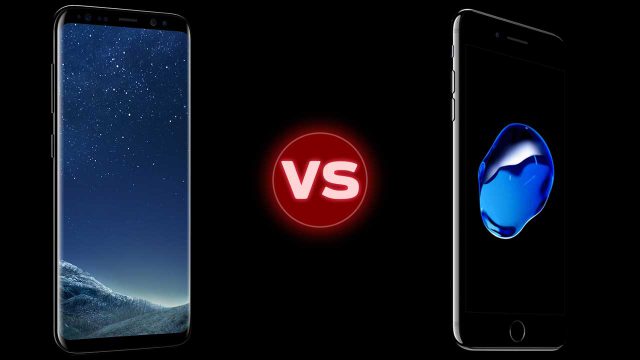 Where the S8 Plus scores heavily is in the manner, it managed to cram in that huge 6.2-inch display while still keeping the overall form factor almost the same as that of the 7 Plus. For a refresher, the 7 Plus makes do with a 5.5-inch screen. Much of it again owes to the almost negligible bezels on the Samsung offering while the 7 Plus has sizeable bezel along the top and bottom.

That said, the iPhone boasts of a metal unibody construction, which makes it a lot more durable and rigid. The S8 Plus, on the other hand, comes with glass front and rear attached to a metal frame to hold it all together. Not that the S8 Plus is prone to disassemble, but the 7 Plus is perhaps more durable of the two.

Screen: It’s not only the screen size, but the S8 Plus also sports an AMOLED display lit up by 1,440 x 2,960 pixels. In comparison, the 7 Plus sports and LCD panel having a resolution of 1080 x 1920 pixel, something that even mid-sizers now boasts of.

Apart from the significantly higher pixel density and that superb AMOLED panel, the use of HDR video on the S8 Plus also contributes to its stunning contrast and display quality. The iPhone 7 Plus does not support HDR video, has 1080p LCD panel which does look dated when placed adjacent to the S8 Plus.

Camera: The iPhone 7 Plus has a dual lens 12MP setup at the rear and has already proved to be a huge hit. Image quality is perhaps the best that it can be with a smartphone even though the two lenses protrude slightly to make it all look a bit ungainly. 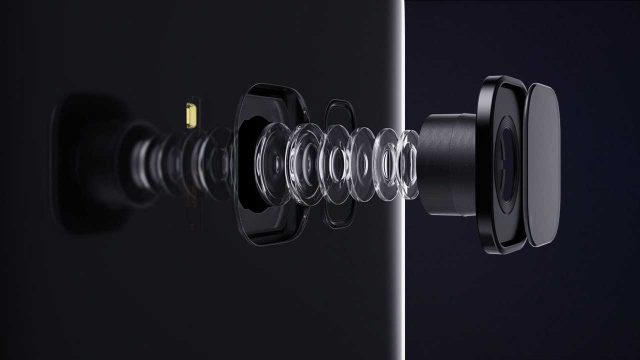 The S8 Plus, however, is more conventional here with its single lens primary camera also of 12MP. That again has largely been carried forward from the S7. That said, the camera has always been the strong point of the S7, and hopefully, the S8 Plus won’t disappoint either. 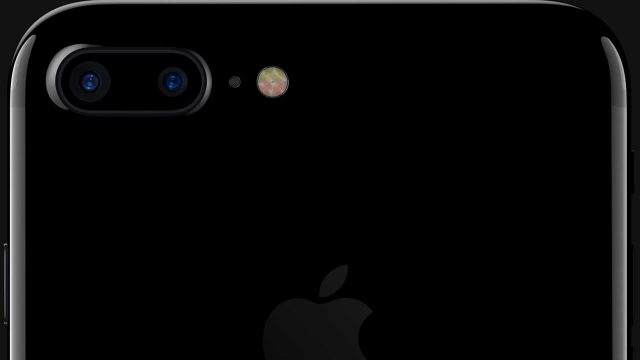 The S8 Plus again comes with an 8MP front cam while the same on the 7 plus is of 7MP.

Battery: Bigger display and more pixels drain the battery faster though fortunately, the S8 Plus comes with a 3,500 mAh source. The iPhone 7 Plus comes with a 2,900 mAh battery pack but can still prove enough to sustain operations for an entire day. The same is also expected of the S8 Plus though more accurate figures will be available only after a proper review.

Performance: Both the respective Apple and Samsung phablets are flagship devices, and it is only natural their performance will be commensurate to that status. In this respect, the iPhone 7 Plus with its A10 chip and 3 GB RAM is already a proven product and impresses thoroughly with its butter smooth performance.

Samsung flagships too have never been found to be lagging on performance, and the new S8 Plus with its SD835/Exynos 8895 chip and 4 GB RAM combo is also expected to be blazingly fast as well.

It also boils down to whether it is an iOS device or an Android that one would like to own. The Apple OS has been there longer and has seen enough revisions and tweaks to evolve into a fine mobile OS. Android, in comparison, is fairly new but has grown off late into a thoroughly matured operating system.

So in the end, if you have made past the debate of whether it is an Android or an iOS device that you would like to go for, the S8 Plus is the device that you should bet your money on if you have opted for the Google OS. The S8 Plus clearly has superior specs, design, looks and functionality and is the best Android handset to buy right now.

Specs Comparison: Samsung Galaxy S8 Plus vs Apple iPhone 7 Plus