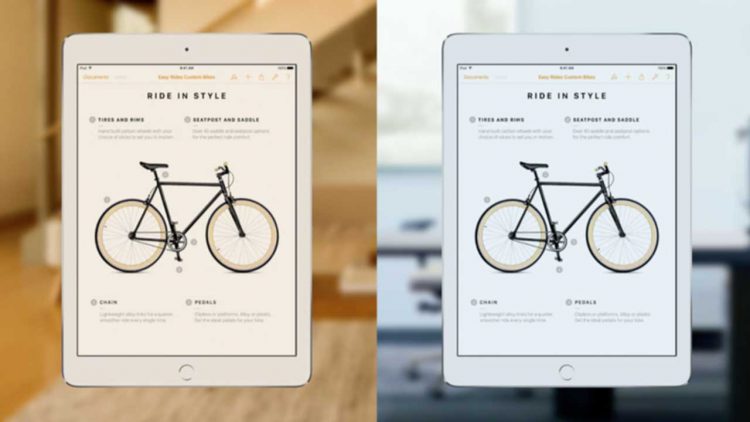 The latest rumors about the iPhone 7S, 7S Plus and iPhone 8 has it that the three new iPhone devices will feature the True Tone display that so far is limited to only the 9.7-inch iPad Pro.

The True Tone technology has been widely acclaimed for its ability to adjust the color temperature based on the surrounding lighting condition. When turned on, the system automatically detects the room lighting and makes enough adjustments in the display to make it look as close to a natural true white as is feasible.

The same display tech on the iPhone will no doubt enhance its appeal all the more, something that the Cupertino giant will surely need in ample quantities if it wishes to compete with the stunning new Galaxy S8. Of course, there will be other goodies thrown in for good measure as well, which includes an OLED display for the upcoming Apple handsets.

Even though an OLED panel on competing handsets have become more the norm than an exception, the same on an iPhone has been rumored for long. The same along with the True Tone feature will make the year 2017 iPhones have far better display than any of its predecessors.

That said, both OLED and True Tone were rumored to be included on the iPhone 7 and 7 Plus devices as well though those have not been the case. Maybe Apple will like to have both on its 2017 iPhone models to thwart increased competition from Samsung and other Android brigade.

These apart, 3D sensing technology and Augmented Reality are the another standout features that too are being rumored to be included in the new iPhone devices. The system incorporates the use of two light cameras along the front and rear and will allow for effective facial recognition as well as augmented reality functions to make the device stand out from the competition.

Other rumors that we have heard concerning the upcoming iPhone 8 device include an edge-to-edge display with the fingerprint sensor accommodated behind the display along with better dust and water proofing.