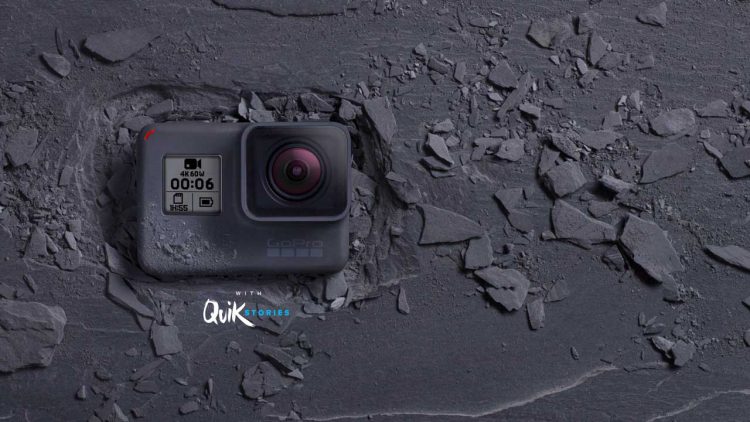 There is a new Hero on the block – Hero6 to take forward the Hero action cam lineage. Launched by GoPro CEO Nick Woodman at an event in the Academy of Sciences museum at San Francisco, the new Hero6 is also on sale right away, priced at a cool $499.

For that much of your money, what you get will be a new gen action cam that is vastly superior compared to its predecessor, the Hero5. Powering the new device will be a custom designed GP1 chip that ensures the device always has the processing grunt to record all of the memorable moments of your adventures.

The new and more powerful chip also allows for the most advanced video stability to have ever been achieved on any GoPro so far. The chip has also been designed to support optimum performance on computer vision and AI processing. Then there also is the ‘QuickStory’ feature that can quickly create a video using your recordings that again can be shared on social media quickly.

Also, the biggest test of any camera is always its ability to capture the best shots. And the new Hero6 simply excels on that front, going by the company provided description at least. The camera is now able to record 4K video at 60 frames per second (fps) while standard HD videos having a resolution of 1080p is recorded at a stupendous 240 fps. In between, videos of 2.7k resolution is captured at 120 fps.

The Hero6 however still comes with more or less the same looks as its immediate ancestor. There is a new touchscreen though, which should allow users to get to the controls more easily. Touch-zoom has also been made a standard feature so that focussing on a particular subject can be achieved more conveniently than via physical buttons.

Among the other notable features of the Hero6 is its ability to offload videos at three times the speed of Hero5 on a 5 GHz wireless channel. Plus, the Hero6 will also respond to voice commands made in 10 languages.

The other attributes that has come to be identified with any GoPro, and which includes a tough and rugged build along with the ability to keep elements at bay continues with the Hero6. The company said the new Hero6 will be functional to up to 10 meters. Also, with so many improvements over its predecessor, the new Hero6 continues with just as handy and portable as well.