Wal-Mart Stores Inc (NYSE: WMT) may have jumped the gun and accidentally put up a smaller variant of Google Home smart speaker dubbed Google Home Mini for pre-order on its website, revealing the device in full glory ahead of official launch. Although Walmart was quick enough to take the page down in no time, key details such as price, features, and how the actual device could look like have been spilled out for the greater good. As per the information revealed on Walmart site, the Google Home Mini is expected to cost $49 and start shipping from tomorrow (October 4).

Walmart listing further revealed Google Home Mini weighs less than half a kilogram and measures 115.062 x 115.062 x 119.88mm. Google Home Mini expected to be no different than its older sibling as far as basic functionalities are concerned. It shall let users control different smart home appliances (depending on the compatibility, of course). Additionally, it is also expected to allow users ask questions and get answers, which is similar to traditional Google search as well as play music and access weather-related information. 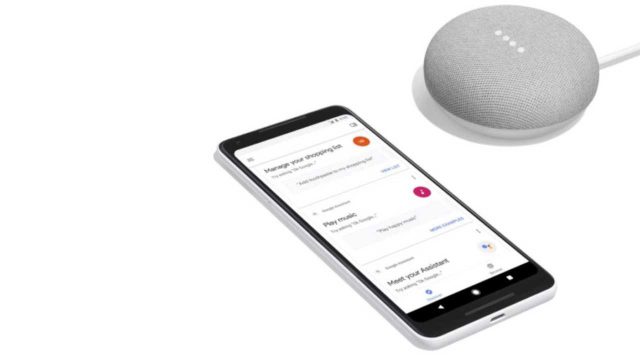 Interestingly, the Google Home Mini was not the only product that has made its way onto Walmart site ahead of official launch. The most-anticipated Google Pixel 2 flagship smartphone also showed up on Walmart site in tandem with the Google Home Mini. As revealed by Walmart, the Google Pixel features a white rear panel. Up front is supposedly a bit curved across the edges and stereo speakers. The bottom visibly houses a USB Type-C port.

Search giant Google sets a launch event for October 4 where the company is widely speculated to refresh its flagship Pixel line-up with the all-new Pixel 2 and Pixel 2 XL smartphones. Recently, there was a report Google could also unveil a third smartphone called Ultra Pixel, which if turns out to be true is said to compete with the likes of Apple’s tenth-anniversary special iPhone X. The launch event kicks off 9 AM Pacific Time Zone (PDT). So, we will have all the information once the event goes live. If you want to watch the live stream, you can do so at madeby.google.com.