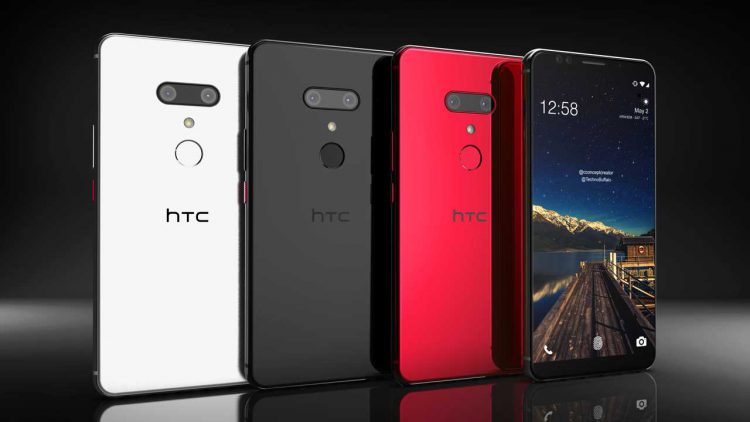 An HTC flagship phone isn’t the sort of thing that many perhaps wouldn’t be waiting for with bated breath. Nonetheless, grapevine has it that the company is into making one already. And from the looks of it, the new HTC U12+ – as the device is so named – looks to be a masterpiece already.

To begin with, the images are concept renderings but draws input from key sources. That also means there is no surety the real thing might not bear any resemblance with what is depicted here. However, going with the current image, it is very much in tune what is in vogue in the segment at the moment.

That includes minimal top and chin depth with the display extending right up to the side edges. Also, its a 5.99-inch QHD+ display that the phone is touted to come with. The display has an 18:9 aspect ratio, another aspect that has almost become the defacto standard in the flagship smartphone segment.

As for its internals, it would perhaps be the safest to assume the U12+ sporting the Snapdragon 845 processor, which again is set to be the choice of processor for all high-end phones for 2018. Coupled to the chip will be a 6 GB RAM with up to 256 GB of storage. Also, it will be Android Oreo running the entire show, with Sense 10 UI running on top.

The rear too is neatly organized with the dual lens cam cluster placed horizontally in the middle. Below it is the LED flash with the fingerprint sensor sitting right below it. Also, it’s a 12- and 16-megapixel sensors that would be working in tandem and is part of the Sony IMX3xx series. A dual lens front camera can also be seen though there is no info on that as of now.

Powering the phone is a 3,420mAh battery though run times is anybody’s guess at the moment. Further, the phone will be rated for IP68 levels of water and dust protection.

However, with most top-end Android phones sporting largely the same internal specs, the real game-changer could be the sort of features the phones come to offer. Under the circumstances, an under screen fingerprint sensor would make for a nice addition, more so when the Galaxy S9 has already missed out on that. True the rendered images do not seem to have that, though HTC would do good to have that on the real thing.

Meanwhile, a release during May is also being speculated. Let see if the real device looks just as alluring as the rendered images do.