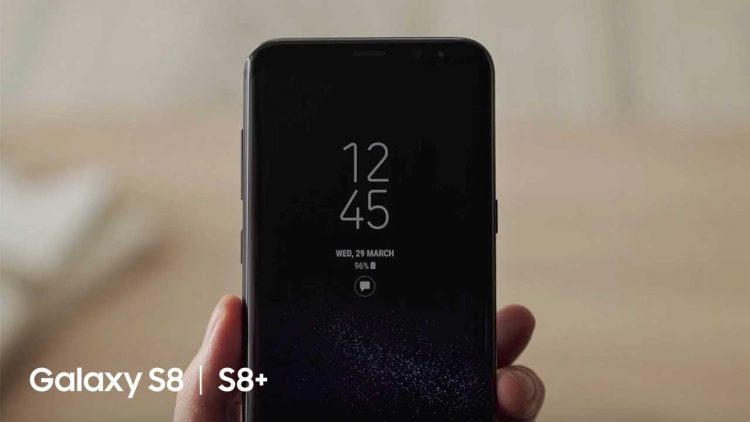 Samsung is now enabling users of its top-tier phones to personalize the Always On Display(AOD) like never before. That includes allowing GIFs to run on the AOD which makes for an even more personal touch for the phone.

However, the GIFs on the AOD will play only once to ensure the added feature does not drain on the battery. The GIF though can be played again by double tapping on it. Further, there is a limit imposed on the maximum length of the GIF as well even though users can choose any GIF for the AOD from the personal library.

Before this, Samsung has allowed the use of images on the AOD. This was in addition to the usual stuff that shows on the display. That includes time and date info along with battery reading and other notifications. An image of near and dear ones no doubt made things all the more exciting for owners of Samsung flagship devices. No wonder, GIF on the AOD enhanced that feel all the more.

The above is made possible via an update for the AOD feature with version 3.2.26.4 being the latest. Always On Display was first introduced with the Galaxy S and S7 Edge through the new GIF enabled Always On Display is applicable to only Galaxy S8 and S8+, and the Note 8.

The latest S9 and S9+ isn’t mentioned in the list of compatible devices just yet though it likely is a matter of time before the feature is introduced to the device. From the software point of view, the phones need to run Android Oreo for the GIF to work on the AOD.

The GIF also won’t be shown on the entire display. Rather, it will be confined on a small portion bang on the middle of the screen. Maybe that has been done due to battery considerations as displaying the same on a bigger portion of the display would no doubt eat up more memory.

Also, it will be interesting to see how much of an impact the above feature will have on the phone’s run times. Off late, the flagship Samsung phone have been pretty solid on the battery front and let’s hope the new GIF feature for the Always On Display does not hamper things adversely.