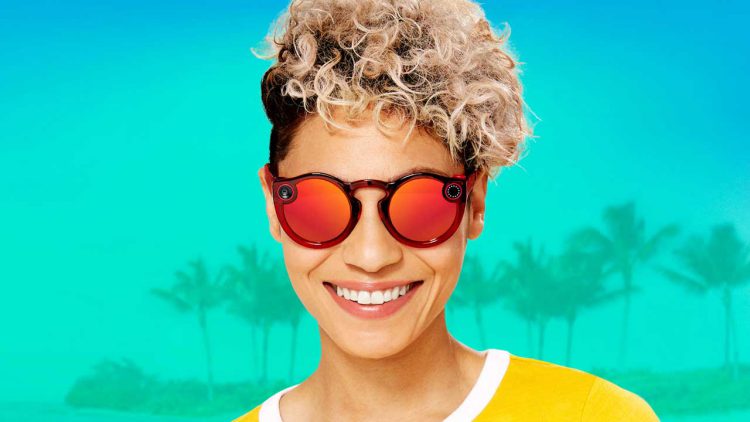 Snapchat is back with new Spectacles which is said to be improved upon the deficiencies that its first-gen Spectacles faced. As a result, the new Spectacles is lighter and faster than its predecessor but also costs more at $150 a pop. The first gen Spectacle came for $120.

Also, the best thing with the new Spectacles is that there isn’t much to distinguish it from regular glasses. So there are no distinct yellow rings on either side while the sides are also slimmer and lighter as well. That makes it easier to wear and carry around.

With a little paring down, the case too is now smaller and can easily fit into pant pockets. The case also doubles up as the charging port and can charge the Spectacles four times before the case itself will require a recharge.

What’s more, the Spectacles is also waterproof, something that applies to the case as well. However, Snap is quick to warn the waterproofing will be relevant to shallow depths only, be it the pool or the ocean.

The device will also be able to capture both still images and videos this time, unlike its predecessor which had no video capabilities. The process for either is simple; pressing the button for a second will capture a photo while just a press of it will lead to capturing of a 10-second video. Tapping twice or thrice will let users capture 20- or 30-second videos.

Snap said the new Spectacles is capable of 70 video snaps on a single charge, which includes the ability to transfer the contents to the phone as well. Transferring the images and videos to the phone is also faster as well though the process can be cumbersome for many as it still involves several steps to achieve the same.

The Spectacles can already be ordered, but its availability is restricted to the official Snapchat app and the Spectacles.com website. The first gen model had a wider retail footprint including availability though Amazon though Snap said one reason the first gen device failed is because it suffered from a ‘fragmented’ marketing effort.

The company also had to write off $40 million in loses owing to unsold inventory as there were only about 150,000 units that found buyers. There good news here is that the unsold units can be used in making the new Spectacles while the company is also planning a software update for the same. As such, it remains to be seen if the new Spectacle lives up to its name.