by Sovan Mandal
in Technology
Reading Time: 3 mins read
A A 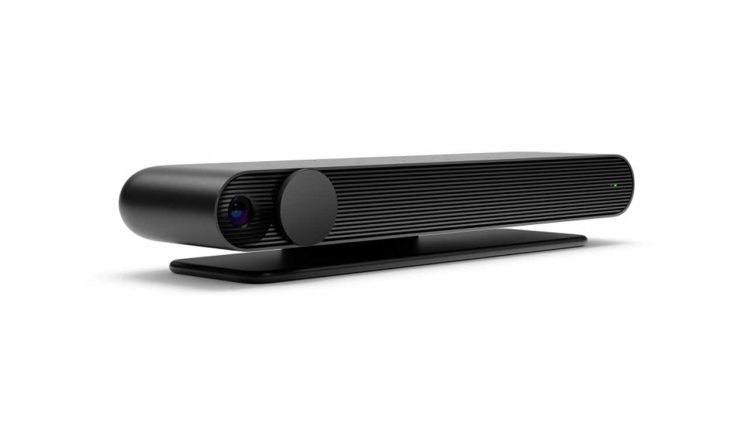 Facebook has refreshed its Portal device line-up with new devices that have been named simply as Portal and Portal Mini. While those can be considered to the logical heir of the Portal and Portal+ models introduced last year, the real surprise this year has been the launch of the Portal TV which can transform any smart TV into a large display for conducting video chats.

Portal TV, happens to be a device with a built-in camera that can be snapped on to a smart TV via the HDMI slot. This way, the entire TV display gets transformed into a giant video chatting medium, as big as the TV display is. The device also comes with it’s own remote to control the Portal TV features.

The Portal TV’s integrated camera is also AI-enabled and is hence smart enough to identify if it’s a real human it is seeing or an image on the wall. It can track the person or an entire group that might be present in the room even if they might be moving around. For the record, it’s a 120-degree field of view that the camera boasts of, which means a lot of space gets covered right away.

Also, with an 8-field microphone array, users can be rest assured of the entire room being covered by the device. This way, the Portal TV can well be considered a group chatting device as whoever present in the room and whatever they speak gets covered effectively by the Portal TV device. While the regular Portal and Portal Mini offer 10- and 8-inch displays, the Portal TV covers the entire room. Which means, there is no need to cram around the camera anymore as it used to be the norm once.

Another cool feature of the Portal TV device is Watch Together. This, as the name suggests, enables one to share whatever they might be watching on their TV with another Portal TV owner. Once invoked, the feature will reduce the caller’s window into a tiny picture-in-picture display that gets to sit on the top right corner. The remainder of the screen gets filled with the program being watched.

So much for all the new features and excitement that the Portal TV brings along, lurking not deep beneath is the fear of the device being another tool for Facebook to have a ringside view of its user’s lives. Interestingly, Facebook too is all aware of its dismal privacy records and has the usual high sounding words to describe just how concerned they are in upholding user’s privacy.

For instance, the company described there is now a toggle switch to independently switch on or off the camera and microphone. Then there also is a physical cover as well that can be slid on the camera to block its view entirely. Plus, all voice or video calls benefit from end-to-end encryption, be it via Messenger or WhatsApp.

Facebook, however, said they do listen and watch some of their user’s actions and that those are then used for marketing purposes. However, it’s not known to what extent they would be watching their user’s actions or if users would be reposing their trust on Facebook with the new range of Portal devices in spite of all the privacy issues they have faced so far. As for its price, the Portal TV is priced $149 and ships November 5. Pre-orders are currently underway.