The newest Huawei flagship in the form of the Mate 30 Pro and Mate 30 is here. The phones though have nothing to surprise us with considering that much of the device had already been revealed in the public domain, including even its looks and features to some extent.

So there indeed is the Kirin 990 chip powering both the phones. There also will be 8 GB of RAM on both the versions, even though the Mate 30 Pro comes with a larger 256 GB of storage while the Mate 30 makes do with 128 GB of storage. There is a 5G versions of the models as well given that the Kirin 990 CPU is already 5G enabled.

The looks too were known beforehand though the real thing seems to have an allure of its own. Contrary to what many might opine, the Mate 30 Pro is the smaller of the two with a 6.53-inch display. However, the biggest design aspect that differentiates the two is the manner the display tapers off along the sides, something that does look cool. 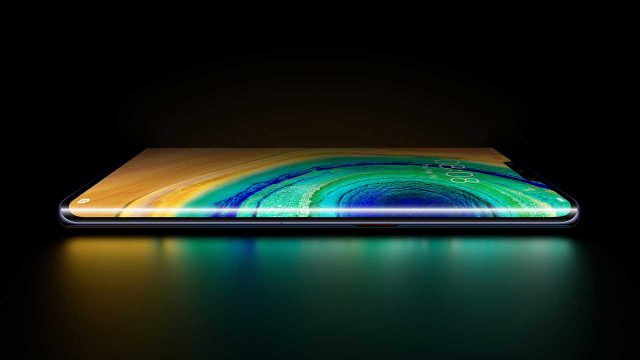 So overlapping the display is along the sides that the volume rockers buttons have been done away with. Instead, there is a special touch-sensitive zone for the purpose. There is the physical power button in place though, and it looks nice in a contrast color scheme. The Mate 30 Pro also comes with a larger notch at the top.

The Mate 30, on the other hand, is more conventional in its design and features a flat panel display with a relatively smaller notch. The display at 6.62-inches is bigger though. The phone also includes a physical volume rocker button along the side together with a power button as well.

The Mate 30 Pro meanwhile has the larger battery at 4500 mAh while the Mate 30 comes with a 4200 mAh battery. Both the phone however supports fast charging technology up to a max of 40W in wired state and 27W for a wireless mode of charging. 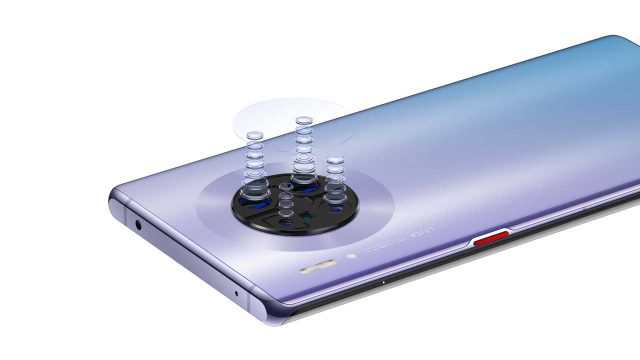 Another highlight of the Mate 30 series is its rear camera which this time has been included in a huge circular platter at the rear. For the Mate 30 Pro, the camera arrangement comprises of a 40 mp f/1.8 aperture primary cam along with an ultra wide-angle lens of the same spec (40 mp and f/1.8 aperture). There is an 8 mp telephoto lens as well of f/2.4 aperture along with a 3D depth sensor.

For the Mate 30, the rear cam setup comprises of a 40 mp f/1.8 aperture primary cam, a 16 mp f/2.2 aperture ultra wide-angle lens and a telephoto lens of 8 mp resolution and f/2.4 aperture. There is a laser focus sensor as well. The camera on both the phones boasts of Leica branding, which should mean superior quality images at the least.

The company also showed off some images and those did look stunning, to say the least. Special mention must be made of the ultra slow-motion camera which was shown to be capable of capture an accurate image of even an arrow after being shot or that of the wings of a humming bird in motion. The night shot too is equally impressive and can shoot clear images even in extreme low light conditions. Both phones are also capable of shooting 4k videos as well. 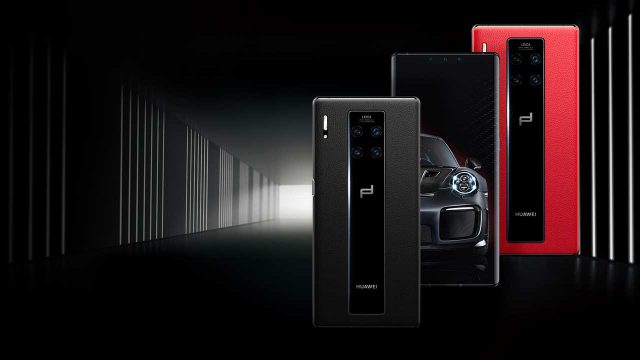 Then there also is the Porsche Design edition which essentially is the same phone like the Mate 30 Pro but with a different design scheme. For instance, gone is the circular platter for the rear cams. Instead, there is a vertical zone at the rear which extends for the most of the phone’s rear cover and holds the four sensors along the top. The rear also sports a leather look on the Porsche Design edition.

Now coming to what can be the biggest aspect of the phone, the operating system that comes pre-installed. There is no Android here as was already announced by Google. Instead, it’s Huawei Mobile Services that the phones will come with and boasts of 45,000 apps right away. The company also announced they have pledged a billion dollars towards developing the app ecosystem, which means things can only improve from here onwards.

Huawei also stated the Mate 30 series would be sporting EMUI 10 on top, which again has been modeled on the Android 10 platform. That is the nearest the phone can have of the latest Android iteration which the company hopes will help garner support for the phone in markets outside China. Huawei already uses its ecosystem in China as Google or Play Store is out of bounds in the region.

As for its price, the Mate 30 starts at €799 while Mate 30 Pro is priced €1,099 onwards for the 4G model. The 5G version of the same will set one back €1,199. The Porsche Design edition at €2,095 is the costliest of all. Pre orders for the Mate 30 Pro 4G in already on China with shipments slated for 28th. However, Global availability is allegedly coming in October.