In March 2022, the consumer price index (CPI) increased by 8.5 percent year over year, the highest increase since 1981, reports the Market Realist.

Consumers are paying more for everything, from food and furniture to fuel, because inflation is at an all-time high. 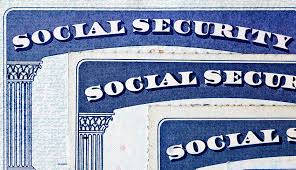 And if the income of the individuals remains the same, their purchasing power decreases. This is particularly true for senior persons living on a limited income. Social security payouts may be changed to account for inflation.

Annually, policymakers examine social security benefits to ensure that consumers’ purchasing power is protected. In 2022, social security payouts received a COLA of 5.9%, the highest in nearly 40 years. This was predicated on inflation data from 2021, and inflation in 2022 has been significantly greater.

The CPI for urban wage workers including clerks is another measure used by the Social Security Administration (SSA) to calculate COLA (CPI-W). This index has increased by 9.4 percent in the last year, outpacing the CPI.

In 2023, The COLA For Social Security Could Be Greater

Experts estimate that inflation spiked in March 2022, however, it will not considerably decrease due to the ongoing Russia-Ukraine conflict and supply-chain concerns. As a result, the COLA in 2023 may be larger.

Impact Of COLA On The Retirees

Social security benefits are received by approximately 68 million individuals, comprising retirees as well as disabled people. Approximately half of all seniors live in a household wherein social security payments account for at least half of their income.

Even though social security benefits have increased, many people doubt that this will strengthen beneficiaries’ purchasing power in the face of inflation. Food, power, housing, and medication, as well as Medicare Part B premiums, are all more expensive.

Mary Johnson of the Senior Citizens League proposes that seniors try to cut back on some of their spendings to help them cope with the rising prices. Seniors can save money by using the GoodRx pharmacy discounts and requesting physicians for less expensive options.

Abhinav Mishra - May 21, 2022
Apple is planning to launch the "M2" chip with redesigned MacBook Air models in the first half of 2022, according to the leaker known...

Xiaomi Pad 5 Review – Is it best Android alternate to...