Tim Cook took over the proceedings to announce the new Apple TV and said, “I’d like to talk about an even bigger screen.” Yes, the next version of Apple TV is also here. He further added that the “future of television is apps.”

And who would not agree to the above statement given the turnaround TV streaming industry witnessing.

The Cupertino giant will be opening up a new platform for developers to create TV specific apps, which will primarily be games and entertainment for the new operating system aptly titled tvOS. The new Apple TV will also include Siri, which can handle all sorts of voice commands thrown at her for easy navigation. Apple’s newly launched music streaming service Apple Music will also be supported on the new Apple TV.

Though the real deal would obviously be third party apps. Favorites such as Guitar Hero, the new Disney Star Wars game and Shadowmatic are already included. Also included are popular apps such as Airbnb and Zillow. 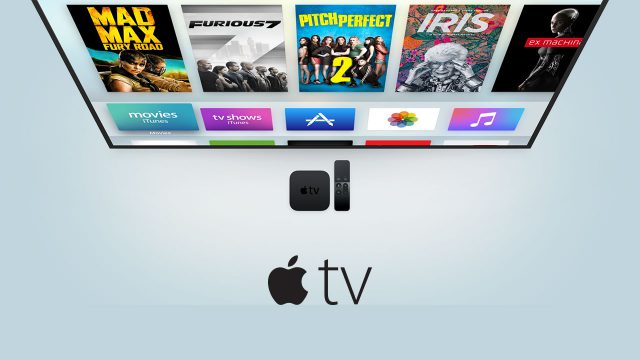 Another major change with the new Apple TV is its remote called Siri Remote. The Cupertino giant has completely redesigned the remote this time around for the Apple TV. It now features a new glass touchpad housed on top and a new button to initiate Siri. It is now also equipped with an accelerometer and gyroscope, something similar to the Nintendo Wii remote, which should come in handy for a slew of games. There’s also a key to toggle volume, along with a menu button, a home screen and play/pause button. It is a Bluetooth-powered controller that can last 3 months on a single charge.

While as for the UI, it seems more focused on content rather than channels and networks. Apple has tied up with big names such as ABC, Disney, HBO, Hulu and Showtime at launch. In addition, the company says users will be able to buy full-season subscriptions to NBA, NHL and MLB. Meanwhile, Apple has also announced open access to all developers during Wednesday’s event, hence we can expect more content variety on the Apple TV in the coming future.

As for the specs, the new Apple TV comes with a 64-bit A8 processor with Bluetooth 4.0. It also has an 802.11.ac WiFi antenna specifically built to ensure smooth streaming, and will be available in 32GB or 64GB storage options.