Apple Special Event 2019 on Sept. 10: What to expect and how to watch the event live 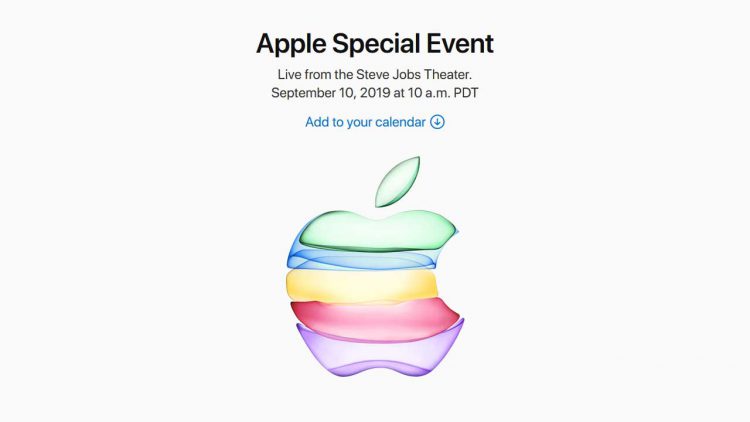 The annual Apple event during fall is all slated to get off tomorrow, or Sept. 10 to be precise. The venue is the Steve Jobs Theatre at the Apple Park campus in Cupertino even though the proceedings are going to be beamed online for enthusiasts to watch from all over the world.

For those eager to catch up with all that gets underway during the event, here are multiple ways to keep themselves updated. One of the easiest ways to watch the event live is to do so via YouTube where the event is going to be beamed live on the official Apple channel. That apart, Apple also has a special webpage set up for the event which too will be carrying the live coverage.

Then there also is the Apple Events app which too can be used to watch the event on Apple TV. Users will just have to download the app from the Apple App Store for Apple TV though the only restriction here is that it has to be a second-gen Apple TV for the least and should be running the latest tvOS software.

For those who’d like to watch the event on iOS devices, they can do so via AirPlay. Yet another option would be to visit an Apple Store in the vicinity which will be beaming the event live.

As for things to watch out for during the event, well there are many. Prime among those, of course, is the impending launch of the new-gen iPhone devices which again hasn’t been confirmed but is being speculated to be the biggest attraction of the event.

For this year-round, preceding leaks has sort of confirmed it’s the iPhone 11, iPhone 11 Pro and the iPhone 11 Pro Max that are hotly expected to be launched. Needless to say, the three iPhone would be the logical successor to the iPhone XR, iPhone XS and iPhone XS Max introduced last year.

Also, it goes without saying, there is going to be an almost all-round spec bump for the new line of iPhone devices. That should include upgraded processor and memory rating and preferably, better battery too to support operations for longer durations.

While there is no evidence so far as to how much things are expected to improve on the above aspects, there is some indication of the new-gen iPhone incorporating a rear triple camera setup. Experts believe this will allow the iPhone to pack in dedicated sensors for wide-angle, ultra-wide angle and telephoto shots.

Also, there is going to be new innovative software features as well to back up the new triple camera system. One such feature being speculated is the Smart Frame which will allow users to include those people who might have been left off in the original shot, something that will make use of the ultra-wide-angle lens to do so.

A similar upgrade for the front-facing cam too is expected, something that will further optimize Face ID feature. However, though not completely unexpected, the base iPhone 11 is expected to only have a double camera system at the rear while the feature list too is likely to be heavily curtailed as well.

Meanwhile, a reverse charging feature too is expected to debut on the new iPhone device, a key feature that has already started to be commonplace on Android flagships. With iPhone too having reverse charging facility, users will find it immensely convenient to charge other devices such as the Apple Watch off it.

Also, while still on Apple Watch, there is a strong rumor of a new line of the smart wearable slated for launch during the same event. Rumor also has it that there is going to the three new Apple Watch launched this year, which will have better health monitoring sensors packed in along with other features, and preferably a better battery as well to keep pace with all the changes introduced.

Apple is also rumored to be ready with its new-gen iPad devices as well, of which there is likely to be two new models launched. The iPad and iPad Pro, as the models are tentatively named may also get to see a launch at tomorrow’s event or might have a dedicated event planned for its launch sometime later.

On the software front, there is the iOS 13 along with macOS Catalina, watchOS 6, iPadOS, and tvOS 13 all slated for launch sometime soon; or Apple might choose to have them released at its mega event tomorrow itself.

On the whole, all of this makes for plenty of reasons to watch out for the Apple event tomorrow. The event starts sharp at 10 AM Pacific Time. Those keen to watch will do go to find the time that tallies with that as per the region and time zones they live in.