by Brandon Martin
in Editorials
Reading Time: 3 mins read
A A 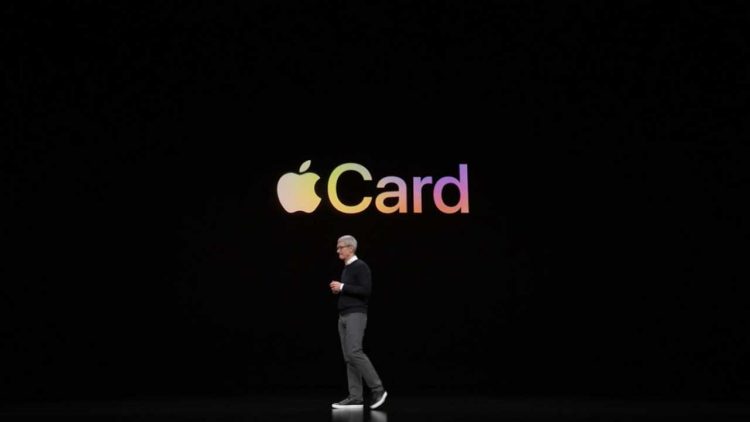 The Apple spring event is over wherein the company announced a slew of new streaming services. Those include Apple News+, Apple TV+, Apple Arcade game streaming servicealong with, and one that has taken all by surprise, a new credit card simply named as the Apple Card.

What has also been unique with the March 25 event is that it was entirely devoted to the streaming services segment with no hardware finding mention during the proceedings. In fact, the few hardware announcements that were to be made were done a week prior to the event, which clearly meant the company wanted to keep the spring event devoted entirely to the new services segment.

The new found focus at the streaming business is understandable too what with iPhone sales seemingly hitting a plateau. The company reported a dip in iPhone sales during the holiday quarter for the first time in over a decade, sparking speculation if the Apple smartphones are past their prime already.

Demand for the iPad devices have already tapered off earlier and might just have settled down but at a much lower rung than what it used to be during the initial years of its launch. All of this is no doubt alarming for Apple that had grown used to see almost the lion’s share of its revenue stream being contributed by iPhone and iPad sales.

Sure there is the other segment, that of the App Store that too contributed handsomely to Apple revenues over the years and can be considered to be the fallout of the company’s mobile devices business. All of it has been a smooth sailing over the past decade with hardware sales registering a steady year-on-year rise. That again had a positive effect on the software business – read app sales – as well.

Now with the streaming business, Apple seems keen to tap into another segment that too can be considered to be linked to the hardware it sells. And it’s lucrative too even if that means taking on some established rivals in the process. Also, with tons of cash at its disposal, it surely has enough to splurge to ensure there is all that the subscriber will ever want.

That includes tying up with some of the biggest names in the media industry to allow for a rich source of entertainment stuff that the buyers can have at their disposal. There is going to be TV episodes to even films of almost all genres including comedy, science, horror to name just a few. It will also be up against the likes of Netflix or Amazon Prime Video in the process though the one thing Apple has in its favor is that it has the resources to hire some of the best talents in the industry, and hopefully they are able to deliver some blockbusters too.

Apple is also offering game streaming as part of Apple Arcade service. Also, there is going to be about 100 games that will be available right away and more to be added at a later stage. Gaming have always been a money making business and Apple is hoping its new Apple Arcade service too becomes a cash cow soon enough even if streaming games is something that has never been attempted before.

Apple News+ is the other offering Apple announced and will offer an unlimited reading experience for a fixed monthly sum. Of course, there is enough variety of reading material which includes around 300 magazines together with some of the most sought after newspaper publications as well. Much like its Apple Music offering, there will also be specialised AI applications at work to provide users with a curated list of reading material that has the highest probability of matching the user’s preferences.

Then there also is the Apple Card which can be considered a bold move to venture into the credit card industry. Apple is promising enough incentives too for users to be lured into accepting the Apple Card, which includes daily cash back offers, lower interest rates, lower fees and so on, besides being simple and easy to use as well. Also, there is going to be the almost legendary Apple assurance of adhering to the highest order of security and privacy to ensure user’s data does not become the fodder for running targeted ad campaigns.

On the whole, Apple’s new push into the streaming service seems well polished and well structured though it is too early to see how users react to the same. Sure the company has the advantage to fine-tune its service in perfect harmony with its hardware and software business, something that it has done to some good effect with Apple Music. While that has led Spotify to file a case against Apple though that can be considered a different matter.

That also means Apple’s latest venture has enough potential too though it remains to be seen how the competition reacts to Apple’s latest move. Only then will there be a consensus as to whether Apple will be able to mitigate its declining hardware sales with its new-found streaming business.

Five Security Tips for Remote Workers in Your Business